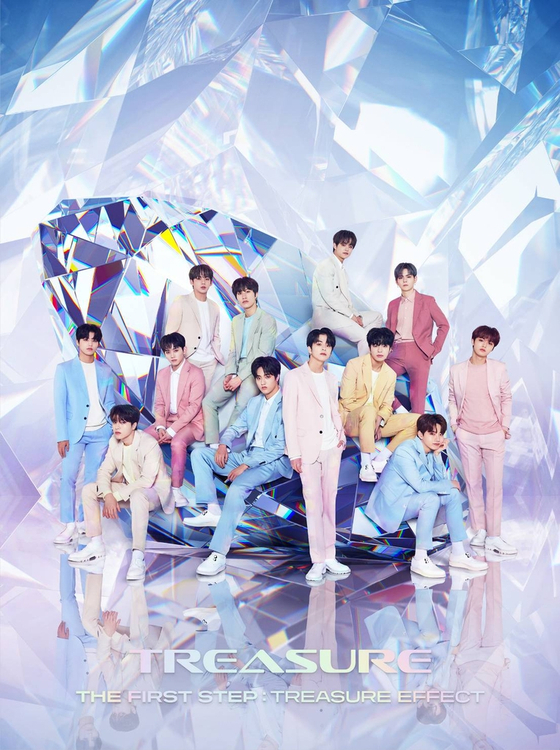 The album reached No. 1 on Oricon’s daily album chart after its release on Wednesday and also topped Line Music’s weekly Top 100 chart.

The album is the band’s first to be released in Japanese and comes seven months after its debut in Korea. The album includes 12 songs from the band's debut Korean album sung in Japanese and the track “Beautiful,” which features on the soundtrack of popular Japanese animation series “Black Clover.”

The tracks “Boy” and “My Treasure,” which were pre-released before the album, each both reached No. 1 on Line Music’s weekly chart.

Formed from the audition program “YG Treasure Box” (2018-19) aired on JTBC2, four out of the 12 members of the band are Japanese.

Although a rookie band, three singles and the title track from their debut album all topped major music streaming charts in Japan.