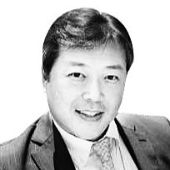 
Recently, a friend told me an interesting stat. In Korea, 80 percent of the suspects in criminal cases deny charges, while in Japan 80 percent of suspects confess. Why? The friend claimed that as Koreans have a self-centered mindset, they believe that even if one commits a crime, the charge can be reversed and other parties are more at fault, while Japanese have a more group-centric mindset that they think people around them become more comfortable when they admit a crime and get forgiven.

Aside from which side is right or wrong, the stat shows a difference in national character and culture. The same applies to politics and diplomacy. If Korea values a subjective outcome, Japan is obsessed with a collective procedure.

The G7 summit was held in the UK from June 11 to 13. Korea and Japan are now squabbling over who was responsible for the failure to hold an informal meeting between President Moon Jae-in and Japanese Prime Minister Yoshihide Suga on the sidelines of the summit. Now, let’s review who’s right. This is what happened before and after the summit, which I confirmed through multiple diplomatic sources in Seoul and Tokyo.

In the beginning, the two countries “tentatively agreed” to have a ten-minute informal meeting, and Korea perceived it as an “agreement.” But then things suddenly changed when the Korean Ministry of Defense notified the Japanese embassy in Seoul that the ROK Navy’s defense exercise on the East Sea territorial waters would begin from June 15. Japan knew the drill would be held but claims it was notified of the exact date of the exercise at that moment. Japan became nervous and proposed the short meeting be canceled. After a discussion, the meeting was not to happen.

Both sides agreed to tell the media that the meeting was not happening because of the leaders’ tight schedules. It was up to the two leaders whether to have an ad-lib meeting — depending on the mood at the summit. Moon attempted an ad-lib meeting multiple times, and as expected, Suga dodged every time. He is not quick at diplomatic responses, and I later heard that he was reminded of the painful memory of Korean National Security Advisor Chung Ui-yong, current foreign minister, taking a photo of Moon and Abe’s closed-door ad-lib meeting during the Asean Plus Three Summit and posting it on the Blue House website. As chief cabinet secretary at the time, Suga expressed strong displeasure by saying, “I would not mention each response of Korea.”

My conclusion is that neither Korea nor Japan is wrong. Korea is right to say that Japan is responsible because it proposed to cancel the meeting citing the East Sea defense drill and dodged ad-lib meetings. But Japan is also right to be upset and say it didn’t unilaterally cancel the meeting as the two countries had agreed to call it off and even agreed on the reasons why a meeting could not be held. Korea looks at the outcome and Japan focuses on the procedure. They are looking at different points. Intended or not, I can only interpret it as ignorance on the mindset and style of the other side.

But the problem is that it doesn’t stop here. Upon returning, Suga told the Asahi Shimbun that he was wary of Korea the most. I’ve never heard a Japanese prime minister say this, while I’ve heard Japan being cautious about North Korea or China. The Blue House and government officials derided Japan for being mean and childish. At this point, that is plain malice toward the other country.

Korea and Japan’s diplomacy of offense and bloody-mindedness cannot work. Frankly, even if Moon attends the Tokyo Olympic opening ceremony next month, little can be expected. At the 2018 PyeongChang Winter Olympics, Moon had a one-hour meeting with Abe. Suga’s aide told me that a bilateral meeting is unlikely this time, much less for an hour. A soon-to-be-published Defense White Paper in Japan is also risky. I don’t want to say this, but Korea and Japan should take a time-out.