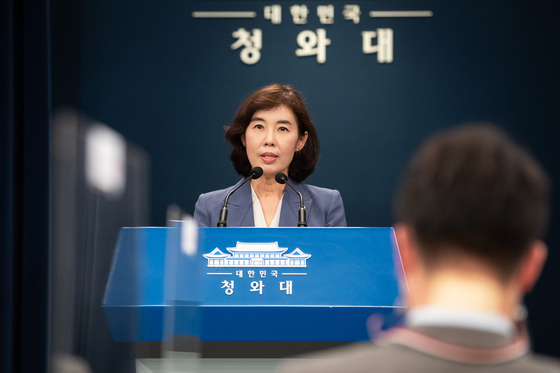 According to Presidential spokeswoman Park Kyung-mee, Moon will attend the Group of 7 (G7) summit on Saturday and Sunday in Britain. He will attend the summit at the invitation of British Prime Minister Boris Johnson, even though Korea is not a member of the group. Leaders of Australia, India and the Republic of South Africa will also join the meeting as guests.

Moon will also make state visits to Austria from Sunday until Tuesday and Spain from Tuesday until Thursday. First Lady Kim Jung-sook will accompany Moon throughout the schedule.

Two lawmakers from the ruling Democratic Party, Reps. Hong Young-pyo and Youn Kun-young, are also included in the presidential entourage.

Moon resumed face-to-face diplomacy last month by taking a trip to the United States for a summit with President Joe Biden. Only three weeks after that trip, Moon will participate in the multilateral summit and make his two state visits.

According to the Blue House, Moon will have a series of bilateral meetings with G7 participants, but no decision has been made on a trilateral summit between Korea, Japan and the United States or a Korea-Japan summit as of Wednesday.

Moon did, however, leave open the possibility of an informal dialogue between the leaders. “We are always open to dialogue with Japan,” said a senior presidential aide. “Although we are not discussing a schedule for now, there is a possibility of a pull-aside meeting, taking into consideration the G7 summit.”

Leaders of Korea and Japan had their last face-to-face meeting in December 2019.

According to the Blue House, Moon will be the first Korean president to visit Austria since the two countries established diplomatic relations in 1892. The two countries’ partnership to fight climate change and cooperation in the electronic vehicle industry will be discussed when Moon meets Austrian leaders including President Alexander Van der Bellen and Chancellor Sebastian Kurz.

During his visit to Spain, Moon will have meetings with King Felipe VI and Prime Minister Pedro Sánchez. Moon will also be the first state guest for Spain to receive since the Covid-19 pandemic started.