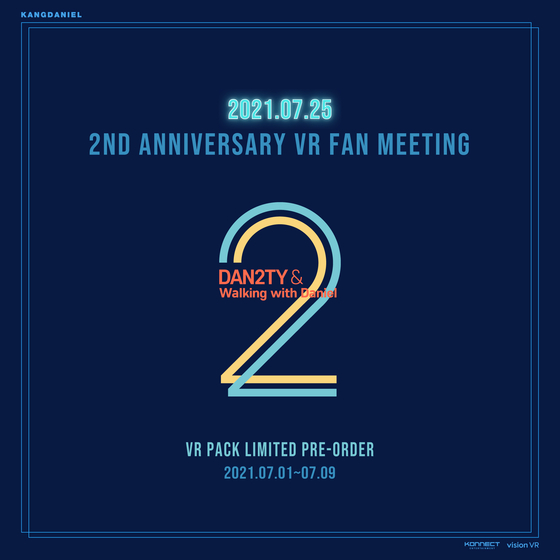 
Singer Kang Daniel will meet with fans to mark the second anniversary of his solo debut through a virtual reality (VR) meet-and-greet on July 25, his agency Konnect Entertainment said on Friday.

The meet-and-greet, titled "2nd Anniversary VR Fan Meeting — DAN2TY&: Walking with Daniel," will be a chance for the singer's fan club DAN2TY to connect with Kang online.

"Another level of immersive content and the liveliness of the offline space will be offered at this fan meeting," the agency said.

The agency said the event will be all about "connection," meant to give fans a chance to connect with the singer to celebrate his second anniversary during the Covid-19 pandemic.

"We have put in extra effort in forming the content of the event and the technical realization," the agency said.

Tickets for the VR meet-and-greet will go on sale on July 1.