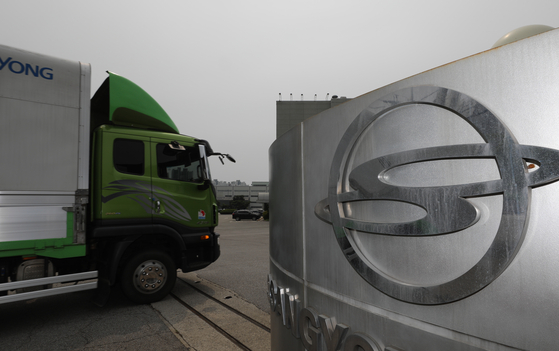 SsangYong Motor may worth more sold for parts than as a business.

Ernst & Young Han Young, which is managing the sale of the beleaguered carmaker, said in an interim report submitted to the court that the liquidation value of SsangYong Motor is higher than its going-concern value, according to local press reports.

“It is meaningless to compare the liquidation value and the going-concern value of a company which is pursuing a merger and acquisition process to attract buyer and rehabilitate the company at the moment,” SsangYong Motor spokesman said Monday, neither confirming nor denying the media reports.

The company put itself up for sale on Monday.

“We plan to find a potential buyer and complete the sales process, and then submit a rehabilitation plan based on it.”

SsangYong Motor, which has been in receivership since April, is looking for a buyer. In Korea, receivership is a step short of bankruptcy and involves a court-led workout.

The SUV-focused auto company, which had a hit in the Korando years ago, plans to accept bidders until July 30.

After selecting the preferred bidder by end of September, SsangYong Motor plans to draw up a new business plan in October at the earliest.

KDB, the main creditor to the automaker, said earlier this month that it would decide whether to provide more funding after reviewing the new business plan.

The company and its unionized workers agreed earlier this month on a preliminary turnaround plan that includes putting half the workers on unpaid leave for up to two years starting next month.

KDB questioned whether such a plan is good enough to persuade a potential buyer.

“SsangYong has to see this issue from an investor’s point of view,” KDB Chairman Lee Dong-gull has said.