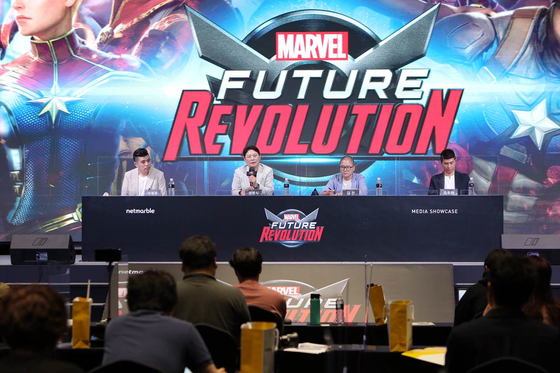 Netmarble’s Marvel Future Revolution mobile game will be released in the second half in 240 countries.

Users could start preregistering on Tuesday. Those who do receive special benefits.

The game will be available in 12 languages.

Marvel Future Revolution is an “open world” role-playing game, where users can choose to be one of eight Marvel superheroes in a 3-D world. Open world refers to games that offer large virtual maps where users can freely explore, as opposed to those where spaces accessible to users are more linear and structured.

This goes hand in hand with Marvel Future Revolution’s storyline. The general concept of the game presents multiple universes that are disrupted, all referencing the themes of Marvel films like “Captain America” and “Thor.” Marc Sumerak, the comic book writer whose works include Avengers, Thor, Ironman and Captain Marvel, wrote the game’s scenario.

The game was made to be more casual than Marvel Future Fight, which has a focus on action and combat features.

“Our goal for Marvel Future Revolution was to make a lighter and easier version of massively multiplayer online role-playing game [Mmorpg] that can appeal to a general public that’s not familiar with this genre,” said Cho Doo-hyun, Netmarble Monster’s project executive during a Tuesday press event. 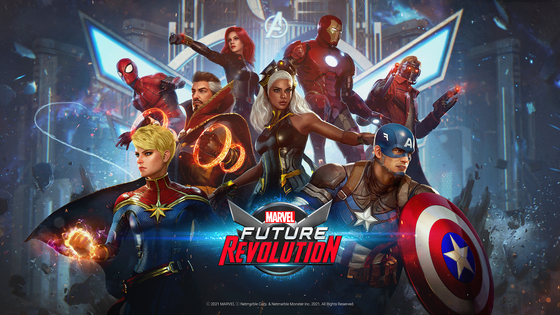 Each of the eight characters in the game were developed to fly and have combat features in line with those in the original Marvel films. Like Avengers, players can fight in groups against villains that also appear in Marvel films or with each other in group battles.

Another visual feature Netmarble heavily invested in was customizing characters. Each superhero has clothing options that include costumes that appeared in the motion pictures and the comic books. Selling these items are also a big part of the game’s business model, it said.

According to the company, more than 400 million combinations are possible for customizing the eight characters combined. The plan is to add more Marvel superheroes in the future.

For Netmarble, Marvel Future Revolution is the game company's second major release of the year. Cross Worlds, its first big release of the year and based on Japanese animation house Ghibli Studio's art work, was a success, once the No.1 mobile game by sales on Google and Apple's app stores earlier this month.

"We're not expecting cannibalization to happen between the two games," said Joe Lee, Netmarble's production director. "They aim for different markets. Marvel was made for a more global audience than Cross Worlds."