Novosonic to hold its first concert in 11 years

Novosonic to hold its first concert in 11 years 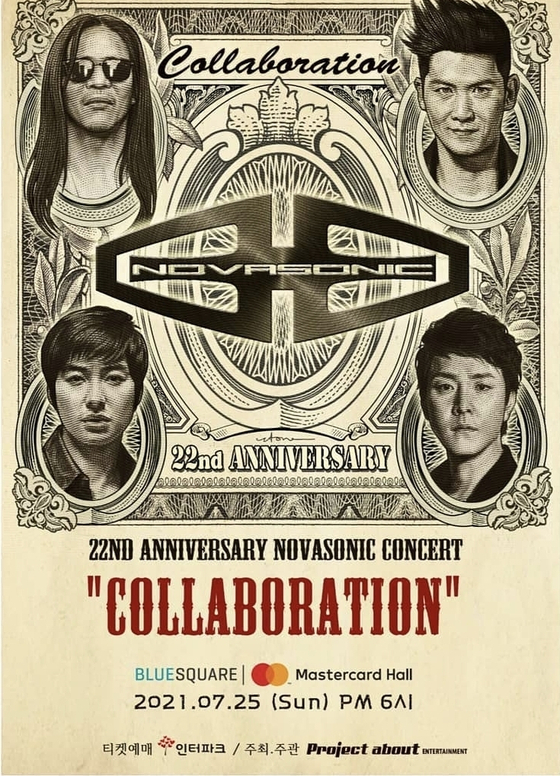 
Rock band Novasonic is set to hold its first concert in 11 years to meet up with fans next month.

“Collaboration” will be in Mastercard Hall at Blue Square in Hannam-dong, central Seoul, on July 25, PA Entertainment said.

The band last hosted a concert in 2010 to celebrate their 10-year anniversary.

Park Wan-gyu, Go Yoo-jin, Hong Kyung-min and Lee Ji-hoon, who were featured on the band’s recent singles to celebrate its 22-year anniversary, will also perform at the concert. The collection of singles will later be featured on an EP.

“As the concert title suggests, vocalists with their distinct charms are to appear on stage to collaborate with Novasonic,” the agency said. “And more special guests have been invited to fill the concert stage.”

The concert will follow social distancing measures set by the government. The audience will be required to wear masks, have their body temperatures checked and digitally fill out entry logs.

Novasonic, originally a four-member rock band, debuted in 1999 and was popular during the early 2000s focusing on heavy metal and nu metal.