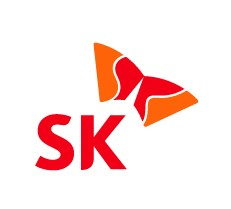 SK Group has invested 140 billion won ($123.7 million) in TBM, a Japanese company that manufactures an ecofriendly alternative to plastic, the company said Thursday.

Established in 2011, TBM produces an ecofriendly material it calls Limex. Mainly made of limestone, TBM says Limex is an alternative to plastic and paper. According to the company, producing Limex out of limestone can reduce the amount carbon dioxide emissions by around 50 times compared to petroleum-based resins.

The European Union, for example, has largely banned the use of disposable materials in straws, knives and forks from 2021. China also limited production and sale of disposable plastic earlier this year.

“Under the contract with TBM, SK Japan Investment obtained marketing rights to sell Limex in Korea and the United States,” SK Group said in a statement.

Top executives of the two companies signed a contract through a video conference Thursday.

SKC, a manufacturer of industrial materials, signed a separate deal with TBM to establish a joint venture through which the two would jointly conduct business in degradable plastic.

The goal is to expand the Limex brand's product portfolio, including limestone-based materials that have higher resistance to heat and pressure.