Sales are in a lather for good old bars of soap

Sales are in a lather for good old bars of soap 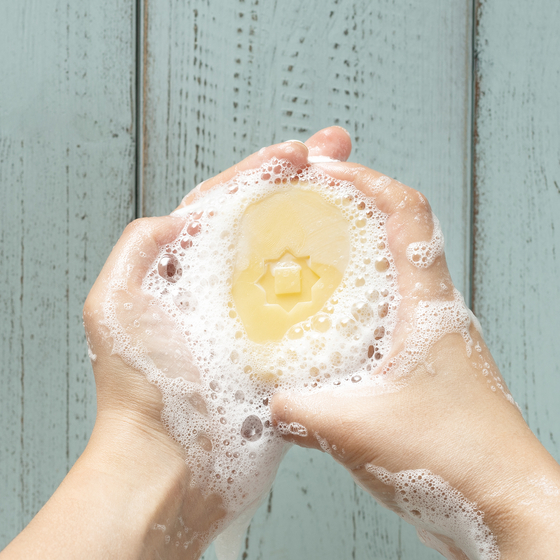 
The bar of soap is back.

After years of soap from pump bottles and squeeze tubes, the solid bar is making its way back to bathroom sinks and showers. It's considered better for the environment – lasting longer and involving much less wasteful packaging.

Koreans are choosing to use bars of soap for their bodies, faces – and even their hair.

“I first started using [a bar of facial soap] because the product was advertised to reduce sebum, but after using it for a while, I like that it generates less waste,” said Kim Min-sun, a 36-year-old living in Bundang, Gyeonggi. “I’m thinking of changing my shampoo and conditioner into solid bar-type products.”

The original soap was in a bar, even clothes-washing soaps. Well-known actors such as Lee Mi-yeon, Oh Yeon-soo and Lee Hye-sook became ambassadors for brands, advertising aloe soap and Debon soap from Lucky – the former name of LG Household & Health Care – and Dongsan C&G’s iris soap. In those days, people used one bar of soap for face and body, and the actors' role was to promise fine complexions.

The market was then soon taken over by body washes and facial cleansers. Liquids were considered more luxurious and more sanitary than bars of soap.

Solid soaps started making a comeback in the past few years as more people chose to go green. Bar-type shampoos are believed to last longer than liquids and some have minimal paper wrapping or no packaging at all. The issue of waste became pronounced during the pandemic, with disposable masks and latex gloves being used en masse, and that helped fuel anti-packaging sentiment.

Soap and shampoo bars made of natural and organic ingredients were even more attractive to customers.

People in their 20s and 30s are particularly interested in reducing waste, and have become target customers for soap bars. Shinsegae International’s lifestyle brand Jaju launched four types of soap bars – shampoo, body wash, conditioner and for dirty dishes – in early June. Some 80 percent of its customers were people in their 20s and 30s. The soaps sold better than expected, exceeding 70 percent of its two-month sales target in just 15 days. 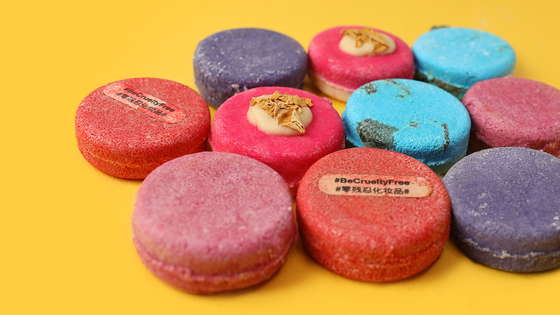 
Lush is known for its solid soaps. It's known for creating the shampoo bar in 1988. Its products are promoted as eco-friendly and packaging-free. Its shampoo bar are advertised to be highly condensed, with one product outlasting two to three bottles of liquid shampoo. According to Lush Korea, sales of its shampoo bars in June rose 11 percent on year.

Sweden-based L:A Bruket, a luxury brand that offers soaps for 30,000 won a piece, saw sales of its bar soaps in June increase 40 percent on year.