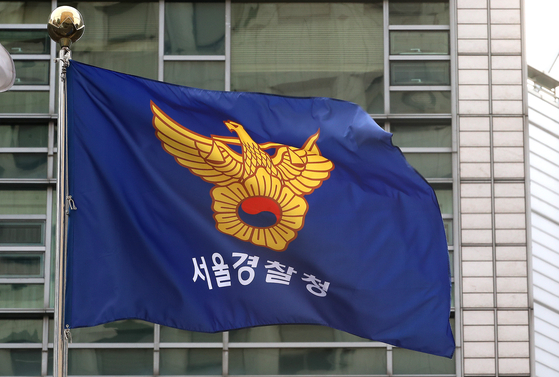 The Seoul Metropolitan Police Agency is investigating claims that a fraud suspect bribed journalists and a senior prosecutor. [NEWS1]


Police are investigating a fraud suspect’s bombshell revelation that he bribed powerful figures including journalists and senior members of the prosecution and police.

The Seoul Metropolitan Police Agency has been investigating claims by the 43-year-old operator of a fisheries business who maintains he bribed a senior prosecutor, a police senior superintendent and journalists. The man, only identified by his surname Kim, is currently on trial for fraud.

“So far, we are investigating four individuals who may have taken bribes from Kim,” a senior official from the Seoul Metropolitan Police Agency said Monday in a media briefing. “They are all facing charges of violating the Improper Solicitation and Graft Act.”

“No public servant shall accept, request or promise to receive any money, goods and etc. exceeding 1 million won [$884] at a time or 3 million won in a year from the same person, regardless of any connection to his or her duties and regardless of any pretext such as donation, sponsorship, gift, etc.,” the law says.

According to the police, the four suspects include a senior prosecutor from the Seoul Southern District Prosecutors’ Office and a police officer who served as the head of the Pohang Nambu Police Precinct. After the police launched the probe, the prosecutor was demoted by one rank and the police head was suspended.

Two other suspects are journalists. They are Lee Dong-hoon, former editorial writer for the Chosun Ilbo, who briefly served as a spokesman for former Prosecutor General Yoon Seok-youl, and Eom Seong-seop, a news anchor for TV Chosun.

The police source said the investigation is still ongoing, hinting that more people could be probed. “So far, we’ve questioned 12 witnesses,” he said. “But we cannot say who they are.”

The probe started earlier this year after a separate investigation of Kim’s alleged fraud. In February, the police started investigating suspicions that Kim had taken a large amount of money from several people from June 2018 through last January by claiming he would invest their money in a fisheries business with a promise of profits.

On April 2, the police wrapped up the probe and handed the fraud case to the prosecution. Later that month, Kim was indicted with detention on charges of taking a total of 11.6 billion won from seven victims. One of the victims was an elder brother of Kim Moo-sung, former six-term lawmaker of the main opposition People Power Party (PPP), who lost about 8.6 billion won.

Separate from the fraud investigation, the police started investigating Kim’s claim that he bribed powerful people. Kim first cooperated with the police, but later changed his mind and refused to give further statements, the police said.

According to the sources informed about the probe, Kim was introduced to top politicians and government officials through his former prison mate, whose surname is Song. Song is a former journalist and politician of the PPP.

In November 2016, Kim was sentenced to two years in prison for fraud. He served his sentence at Andong Prison in North Gyeongsang. Kim befriended Song, who was serving 10 months for an election law violation.

In December 2017, President Moon Jae-in granted a special pardon to Kim. After his release, Kim pretended that he was a successful fisheries businessman from Pohang. Song helped him build networks in Seoul.

Among the people Song introduced Kim to was Park Young-soo,  a special prosecutor who investigated former president Park Geun-hye before she was impeached. Park Young-soo was also Song’s lawyer for the election law violation case. 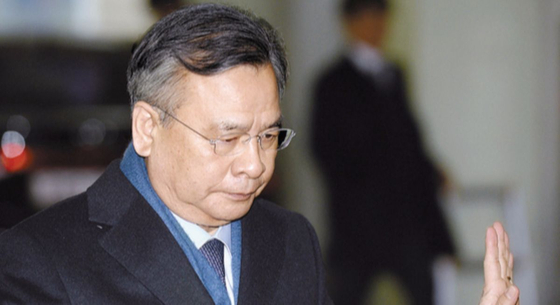 Recent media reports have said Kim offered an expensive car – a Porsche – for Park’s wife’s use. Park issued a statement on Monday denying it was a bribe. Park said he paid Kim 2.5 million won to lease the car.

Park also said he had received gifts from Kim on traditional holidays, but they were nothing expensive. “I let my guard down because Kim was a friend of Song, and that is my fault,” Park said. “I offer a serious apology for my careless action.”

The media also reported that National Intelligence Service Chief Park Jie-won had a close relationship with Kim, but Park denied any connection to the bribery scandal. “I was introduced to Kim by a former lawmaker,” Park said. “When I met Kim, there were other people present.”

Park said he does not remember accurately when he met Kim, but the meeting must have taken place before he became the NIS chief on July 29, 2020.

Park also said he had accepted a present from Kim, but it was nothing expensive or memorable.

The Blue House on Monday denied a suspicion raised by the opposition PPP that Moon must have granted a pardon to Kim and released him from prison in 2017 because they have a special relationship.

“At the time, Kim completed 81 percent of his sentence, and he was qualified for the presidential pardon,” a Blue House aide said. “Other than two prior convictions punished with fines, he had no other special criminal history.”

Asked if the Blue House is conducting an internal probe to see if any of its members received gifts from Kim, the source said, “I have no answer for that.”