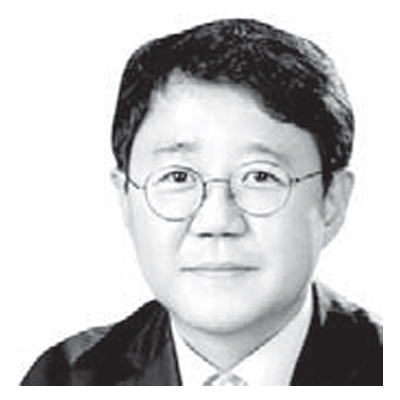 The author is the dean of the Graduate School of International Studies at Seoul National University.

It is a well-known point that the dispute over the Northern Limit Line continues in the West Sea because the military demarcation line is not defined in the sea. Due to North Korea’s unilateral declaration, the Military Armistice Commission at Panmunjom has not been held since 1994, and the Chinese military representatives have left. The Neutral Nations Supervisory Commission in North Korea also withdrew. Free Poland has been expelled from the North, and as Czechoslovakia became divided into two nations, their representatives were also asked to leave.

In fact, the Neutral Nations Supervisory Commission served the role of monitoring five ports in the North and the South to ensure clause 4, article 13 of the Armistice Agreement not to bring in more advanced weapons from outside. The role was discontinued, and clause 4, Article 13 was invalidated in 1957. What’s more important is that the clause was too unrealistic. And this illustrates the nature of the Armistice Agreement.

If the clause was not annulled, more advanced weapons could not be brought in from outside for eight years, and the Korean Peninsula would have been disarmed by neighboring powers. Why did the parties involved in the Armistice Agreement include such an unrealistic point in the agreement? The question is clearly stated in a letter from President Syngman Rhee to President Eisenhower, dated March 11, 1954.

“Dear Mr. President, we are patiently and sincerely cooperating with allies seeking to reunify Korea through negotiation. Given that the negotiation would not exceed 90 days, it has been agreed not to take any arbitrary action until then. We hoped our allies would realize how reckless it is to pursue peaceful resolution from the Communists and join us in resuming military actions, which is the only way to achieve reunification.”

President Rhee set the deadline for the armistice agreement as three months. He had clause 4 of the agreement that a meeting of officials one level higher would be held to induce an agreement on withdrawal of foreign forces from the Korean Peninsula and peaceful measures 90 days after signing the agreement. It is the ground for the clause at the end of the Joint Statement of North Korean and U.S. summit in Singapore in 2018, promising a follow-up negotiation as early as possible between US Secretary of State Mike Pompeo and high-level North Korean counterpart to implement the outcomes of the summit.

It was a mistake in judgment by the United States. The Eisenhower administration wanted to sign a peace agreement and reduce or withdraw U.S. forces from Korea to cut down the defense spending that had tripled during the war, but antagonism from three years of war remained, and both South and North Korean governments hadn’t given up on the war. Was it possible to sign a peace treaty through political consensus?

The surrender of Japan in 1945 was a kind of an armistice agreement. As early as in one year, and as late as six years after the armistice treaty, a peace agreement was signed.

A peace agreement requires time for preparation. It needs to contain important details such as accountability and treatment of the war criminal states, reparations and territorial provisions.

Loona's Chuu won't participate in upcoming concerts due to health

Learning from a survivor