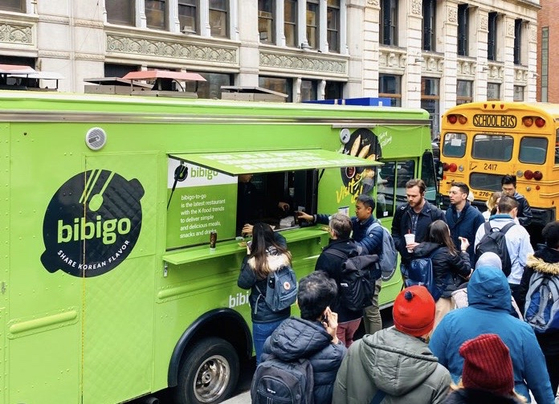 With the humble dumpling, Korea is establishing another beachhead in the world markets, its mandu together with K-pop, "Parasite," cars and handsets building the national brand overseas and boosting sales.

In the all-important freezer case at Costco, one of America's largest retailers, the battle is already being won.

For over two decades, Ling Ling dumplings dominated. The Hayward-California brand, started by Taiwanese immigrants and now owned by Tokyo's Ajinomoto, was pushed out in 2016 by CJ CheilJedang's Bibigo as the leader in the dumpling section at Costco, the Korean company says.

Bibigo dumplings are available in around 70 countries, including China, Germany and Vietnam. In 2020, 1 trillion-won ($890 million) worth of the product was sold globally.

"Many countries have their own styles of dumplings, like ravioli in Italy and empanada in Latin America," said Lee Hye-jin, a spokesperson for CJ CheilJedang, adding that the food's universality has made Bibigo dumplings easier to sell abroad.

CJ CheilJedang became the No. 1 seller of frozen-ready meals, which includes dumplings, in Vietnam in 2018, according to Euromonitor International.

The company expects the popularity of Bibigo dumplings to drive sales of related products, like gochujang chilli-paste sauce, which people use as dipping sauce for dumplings.

Other domestic food companies, including Dongwon F&B and Haitai Confectionery & Foods, sell dumplings abroad to around 10 countries. But their target is overseas Korean residents.

Pulmuone, the second largest frozen-dumpling seller in Korea, is currently preparing to sell frozen dumplings overseas, but no specific plan is in place yet.

CJ CheilJedang's biggest focus at this point is the U.S. market, where it runs 21 factories. The company hopes success in the United States will raise brand recognition in other countries.

"What I love about Bibigo mandu is that they are loaded with high-quality meat and vegetables all in a tasty noodle wrapper -- top them with gochujang sauce if you like spicy or even barbecue [sauce]," American chef George Duran said during an interview on Washington's WUSA.

He wasn't sponsored, according to CJ CheilJedang.

Mandu is Korean word for dumpling.

"The Bibigo brand was created to spread Korean food to the world," said a spokesperson for CJ CheilJedang.

When Bibigo mandu first entered the United States in 2011, the company tried to differentiate it from other types of Asian dumplings - like Japanese gyoza or Chinese jiaozi- by offering a product that could be cooked in a variety of ways and marketing itself as a healthy food containing lots of vegetables and with a relatively thin layer of dough.

For filling, Bibigo added ingredients that match local preferences. For instance, dumplings in the United States contain cilantro, while those in China contain lots of corn, the company says.

"Korean mandu are enjoying popularity globally because they can be steamed, fried and used in soups because they have thin wrappings," said Sim Hye-jeong, a researcher at the Institute for International Trade. "They contain fewer carbohydrates than the competition, and contain lots of vegetables and protein, and therefore, are seen as a healthy food."

Sim added that mandu is becoming a part of a proper meal instead of a snack in the United States.

Chinese dumplings are usually difficult to cook because they have a thick layer of dough and are usually frozen raw instead of being frozen after they are steamed, according to CJ CheilJedang. Bibigo dumplings are steamed and then are frozen before they are marketed, making them easily microwavable.

And compared to Japanese gyoza, the mandu market is more diverse.

"There are many different types of Korean dumplings that have no Japanese equivalent, like kimchi mandu," a merchandiser told Korea Trade-Investment Promotion Agency in an interview. But the merchandiser added that Korean dumplings are sometimes crushed in the distribution process because they are just all packed in a single vinyl bag.

CJ CheilJedang said its dumplings in Vietnam are packed in a plastic tray due to hot weather. 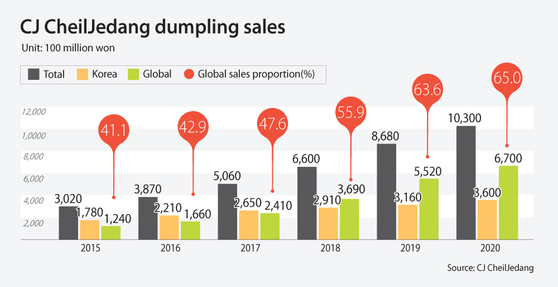 On top of the food itself, overseas sales of Bibigo mandu were helped by the acquisition of local businesses.

CJ CheilJedang acquired Schwan's in the United States in 2018 and three companies in Vietnam, including Cau Tre, which is well known for spring rolls and dim sum.

Schwan's and Cau Tre both specialize in frozen food.

CJ CheilJedang owns 70 percent of Schwan's and all of Cau Tre.

Before acquiring Schwan's, CJ CheilJedang's distribution channels in the United States were mainly to Korean marts and Costco.

"Unlike in Korea, a food company has to sign a deal with U.S. retailers by state or even by store for the same retail brand," said the spokesperson for CJ CheilJedang. "We were able to quickly distribute Bibigo dumplings at major retail stores in the United States through Schwan's distribution channels."

CJ CheilJedang and Schwan's now share the same distribution networks, including a logistics company for delivery.

Schwan's also helped set up an ethnic food zone at one of the major retail stores in the United States, according to CJ CheilJedang. Bibigo dumplings, along with other ethnic foods, are sold in that space.

CJ CheilJedang hopes to achieve synergy with Schwan's by developing products together.

The company's business has also grown in Vietnam through acquisition.

CJ CheilJedang "acquired these local companies to avoid risks of direct investment," said the company spokesperson. "Through the acquisitions, we acquired their production plants and saved time that we would have needed to stabilize business in the country or receive the government approvals to build factories."

CJ CheilJedang in Vietnam is a No. 1 seller in the frozen ready-meal market, according to Euromonitor International. Frozen ready-meals include dumplings and nuggets.

Cau Tre was the No. 2 frozen ready-meal seller in Vietnam when it was acquired by CJ CheilJedang in December 2016.

CJ CheiJedang acquired Germany's Mainfrost Foods in 2018 and Osaka's Gyoza Keikaku in 2019. They are both manufacturers of frozen food. 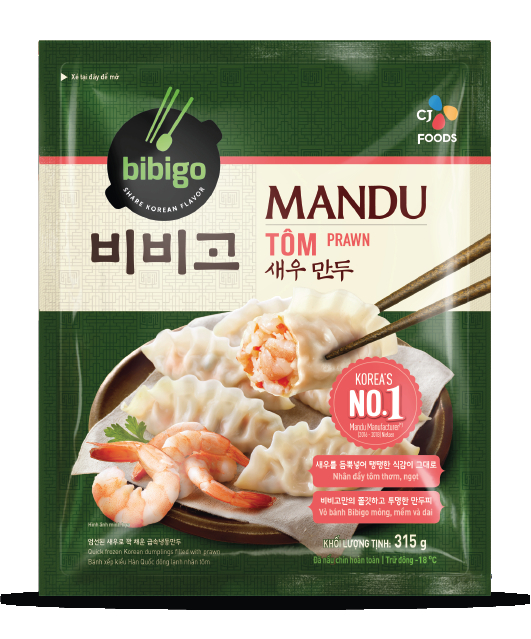 Despite the increasing sales abroad, more should be done to solidify the market position of the Korean-style dumpling, according to experts.

"Though western people are already used to eating wrapped food like dumplings, raising the recognition of the Korean-style dumplings with local consumers has just taken baby steps," said Sunny Moon, a consultant at Euromonitor International Korea.

"Gyoza, Japanese dumplings with a higher global recognition, are positioned as high-quality snacks, while China's dim sum is recognized as a junk food but is also regarded positively for its cheap price."

Moon added Korean mandu should be positioned as a delicious and nutritious meal that is also convenient to eat, as it contains lots of filling compared to gyoza or dim sum.

"To target global consumers, mandu should not easily break down or fall apart when picked up using a fork or is cut in half with a knife," Cho said.