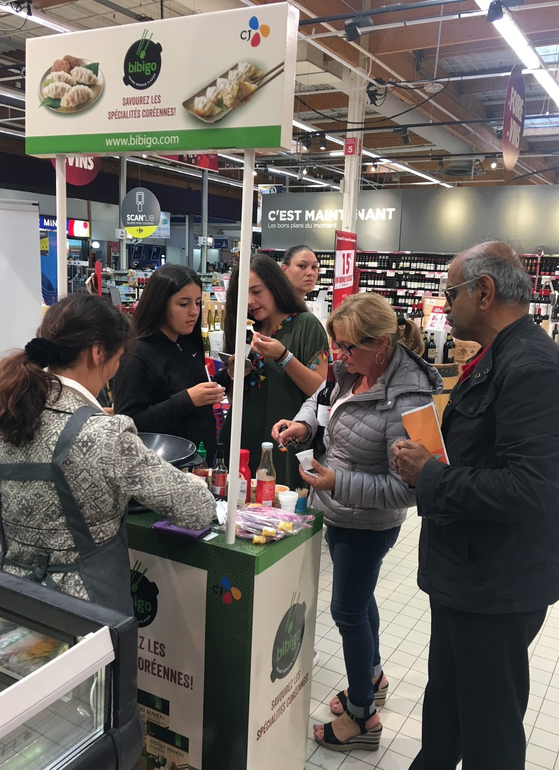 Shoppers trying Bibigo mandu, or dumplings, at a retailer in France. [CJ CHEILJEDANG]


The food company on Tuesday said sales of the Korean dumplings this year totaled 1.03 trillion won. Of that, 65 percent went overseas.

“Bibigo mandu performance is very meaningful considering that it is a single type of food, not automobiles or semiconductors,” said CJ CheilJedang in a statement.

Bibigo brand also sells other types of food, like kimchi and stews. They account for around half of the brand’s sales.

Outside Korea, distribution of the product through major retailers, including Costco, helped boost sales. In Europe, the company targeted countries that have had relatively higher exposure to Asian food cultures, like Britain, France and Germany.

Since 2018, Bibigo sales in those three countries jumped 61 percent on year, according to CJ CheilJedang.

The company has 15 production facilities globally, including sites in Korea, the United States, China, Japan, Vietnam and Germany.