History is not about animosity

History is not about animosity 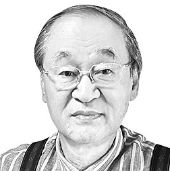 
If a head of state forgets history while running a country, that is sad. But sadder still is a leader who allows disputes over history to get overheated and leaves the public divided. History moves forward, but if the people stubbornly look back at the past, they could be oblivious of obstacles in the future and go backward. That’s why Pietro, the gatekeeper of the inferno, advised Dante not to look back on the past when he attempted to enter the inferno with Beatrice.

Nearly eight decades after liberation from Japan’s colonial rule, Korean society is sharply divided over whether the United States and the Soviet Union were an “occupying force” or a “liberating force” 76 years ago. The overheated debate does not do any good for the country other than waste our energy. The answer to the question is actually simple: Both the United States and the USSR served as “commanders of the military occupation” of the southern and northern halves of the Korean Peninsula to “disarm the imperial Japanese forces” in Korea after their defeat in World War II.

At the time, 750,000 Japanese were left behind and nearly half were armed. Many of them served as Japan’s Kwantung Army in Manchuria and they descended to the Korean Peninsula to prepare for a last-minute battle with American and Soviet forces. The U.S. and the USSR had expected the Kwantung Army to advance to the peninsula and resist Tokyo’s surrender. As a result, the Americans and Soviets placed the top priority on disarming the Japanese military forces remaining in the peninsula, not on liberating the Koreans.

Another dispute involves interpretations of the proclamations by the United States and the Soviet Union. Given all the repercussions of my first analysis in 1987 of the proclamations by the U.S. and the USSR before their entry into the peninsula, I have the responsibility to explain the difference between the two declarations. At the time, I pointed out that the U.S. proclamation was high-handed while the Soviet proclamation amicable. But in the following sentence, I underscored that the distinction came from their rhetoric, not from their genuine intention. And yet, I was surprised to see progressive scholars skip the second sentence and only quote the first sentence regardless of my real intention.

What matters is not the rhetoric but the character of the two armed forces advancing to Korea. The United States issued two proclamations at the time. One was written in Japanese by aides of Lt. Gen. John Reed Hodge — the commander of the U.S. occupation in South Korea — aboard a warship on Sept. 2, 1945, and was spread in Greater Seoul and other large cities from the air on Sept. 7. The XXIX Corps the general commanded had no officer well versed in Korean and they thought Koreans spoke Japanese.

Another proclamation by the United States was made by General Douglas Macarthur on the same day — Sept. 7. Its sentences full of the grit and mettle of the flamboyant general defined the American forces as an occupying force and announced six conditions of the occupation. Gen. MacArthur’s proclamation — written in English and read by only a few Korean intellectuals — was different from the appeal written in Korean and distributed to the people of North Korea by Ivan Mikhailovich Chistyakov, commander of the Soviet XXV Army in the Far East. That appeal was written in honorifics.

Was the style and language of the proclamations really a key factor to determine the character of the U.S. and Soviet forces — say, defining the first as an occupation force and branding the latter as a liberation force? In fact, the distinction came from the gap in knowledge levels, including linguistic skills, between the political commissars of the two armed forces — more basically, from the gap in dealing with foreign countries between the two militaries. While the U.S. forces lacked experience of governing other countries, the Soviet forces had ample experience. At the time when the Soviet Army advanced to the Korean Peninsula, it had veteran generals and members of the Politburo — such as Terenti Stykov, Andrei Romanenko and Nikolai Lebedev — taking turns to administer satellite states of the Soviet Union. In a nutshell, the Soviet troops were a stern occupation force, not a liberation force.

In contrast, the U.S. forces did not have political officers comparable to the Soviet forces. Lt. Gen. John Hodge, commander of the. U.S. occupation, was a tough military leader. When the need to give political advice to him arose early in 1946, the U.S. government hurriedly appointed Lieutenant Lenard Birch as a political commissar of General Hodge. He was 35 years old at that time.

Lt. Birch behaved as if he had been a key player in creating a new country and boasted that he was the most successful lieutenant in the world. But he could not match Lt. General Terenti Stykov, who served as political commissar of Marshal Kirill Meretskov in the Far Eastern Military District for a while. In this respect, the essence of the U.S. and Soviet Union’s policies toward Korea is not a matter of “good and evil” or “virtue and vice.” In a sense, the U.S. reputation was rather damaged due to nonessential flaws, such as language skills, in a rare competition between the Soviets’ astuteness and the U.S.’s maladroitness.

How should we address the deepening conflict over the past? Both conservatives and liberals have their own grounds for their arguments — yet both arguments are somewhat defective. No one can really win this debate, and the debate itself is not beneficial to either side. It is time to stop arguing. History must not be forgotten, but at the same time, it must not help fuel internal animosities.