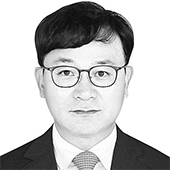 The author, former overseas information department director of the National Intelligence Service, is a senior research fellow at the Institute for National Security Strategy.


Lately, I spotted China’s moves trying to establish a world different from the Western-oriented world. It wants to build a China-led world by reinforcing its economic power through domestic demand and integrating countries following China in Asia, Africa and Central and South America. It hopes to make Chinese yuan a key currency, build a value chain not dependent on the West, establish its own technological standards, and operate its own information network and GPS.

Until few years ago, the dominant foreign policy debate in China was the new type of power relations. China was of the position that the past pattern of an existing hegemon clashing with an emerging challenger doesn’t need to repeat. China is advocating a theory of community sharing a common fate, pursuing one unified world. But behind China’s opposition to hegemony and unilateralism and emphasis on multilateralism, fairness, openness and tolerance is its aspiration to present an alternate order for the U.S.-centered world order. In the recent U.S.-China high-level talks in Anchorage, China was determined not to be swayed and remained confrontational. China’s strategy is to defeat the anti-China offensive of the United States and compete for the world order rather than stable management of the U.S.-China relations.

Defining China as a major challenge and strategic rival, the United States wants to maintain the America-led world order. If the U.S.-China competition in the Trump administration had been a power game based on America First, the Biden administration is competing for a new world order based on values and alliances. In the National Security Strategy Guidance announced on March 3, the United States demonstrated the will to compete with China in setting the world order, as America, not China, is to set the international norms and rules. 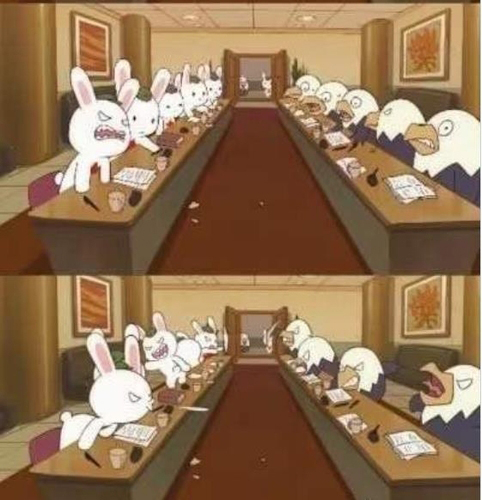 Unless Korea leans critically towards one side in the strategic rivalry between the United States and China, Korea would have to live in a “multipolar world” rather than a “unipolar world.” In fact, a multipolar world has been a universal form in the diplomatic history. Before the modern international system in Europe spread and created a single world, a separate world order existed for each civilization. The Chinese order, the European international community and the Islam world all worked based on different organizational theories.

Problems may arise when we belong to more than one world at the same time. Korea belongs to the Western world, linked by the Korea-U.S. alliance. Korea has a significant presence in the Western world, as seen in its invitation to the G-7 meeting. At the same time, Korea cannot ignore ties with China in economics and civilization. Korea still can maneuver mostly thanks to the economic and technological connections between China and the Western world. But what will happen if the two worlds are separated? Leaving the Korea-U.S. alliance is not an option, but it is also hard to imagine severing ties with China, which makes up 25 percent of Korea’s trades. Korea may be asked to make a choice. But being asked to choose doesn’t necessarily force Korea must take a side. Maintaining dual memberships in multiple worlds could offer a solution.

In retrospect, Korea has experienced a dual international order. In the late 19th century, when Western powers began to perpetrate to the East, Korean tried to maintain sovereignty through the establishment of diplomatic relations with Western countries while the traditional Chinese order remained. Yu Kil-chun — an intellectual, politician and independence activist of the late Joseon Dynasty — called this “dual severance system,” where one organizational theory cannot interfere with another. But the dual system could not last. As the Chinese order collapsed, Korea could not survive in the modern international order and became a colony.

Fortunately, the Republic of Korea is different from a declining dynasty. With top ten economic and military power in the world, Korea also boasts ever-growing soft power.

If we were a weak nation, it would be wiser to choose one world rather than clumsily walking on a tight rope. But Korea has the power to remain in the multipolar worlds.