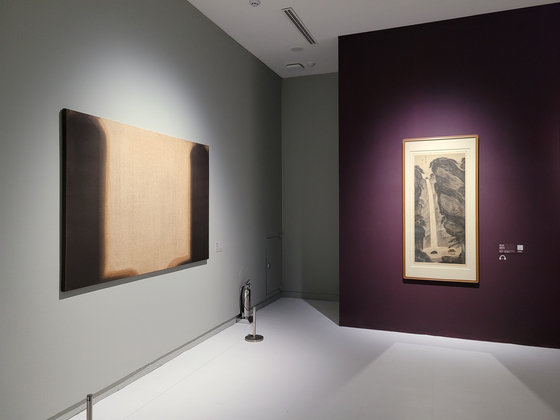 A view of “DNA: Dynamic & Alive Korean Art,” a new exhibition of the MMCA at its branch in Deoksu Palace in central Seoul. [MOON SO-YOUNG] 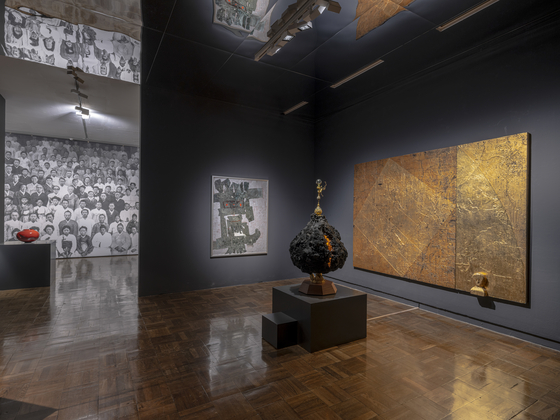 A view of ″DNA: Dynamic & Alive Korean Art,” a new exhibition of the National Museum of Modern and Contemporary Art (MMCA) at its branch in Deoksu Palace in central Seoul. [MMCA]

However, some critics say that the exhibition’s intention “to identify the DNA of Korean aesthetics which transcend time and space,” which the museum declares in its statement, is an anachronistic nationalist idea. In addition, there are questions about the validity of the four keywords with which the exhibition unfolds.

According to the MMCA, it selected ten Korean cultural assets based on the studies of the most influential Korean art historians in the 20th century such as Koh Yu-seop, Choi Sun-u, and Kim Yong-jun. The “ten assets” include the Seokguram Grotto and its stone sculptures from the United Silla period (668-935), celadon pieces from the Goryeo period (918-1392), paintings by old masters such as Jeong Seon(1676–1759) and Sin Yun-bok (1758-1813) and white porcelain moon jars from the Joseon period (1392-1910). Then, the museum explored their influences on Korea’s modern and contemporary art. 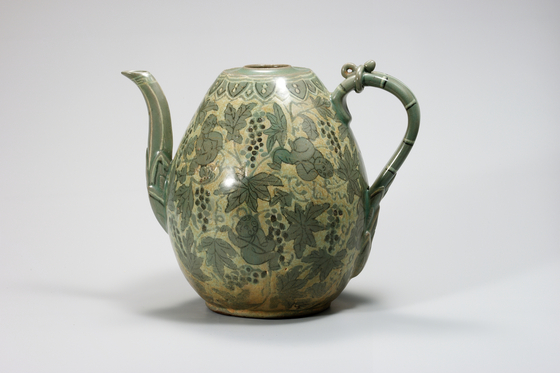 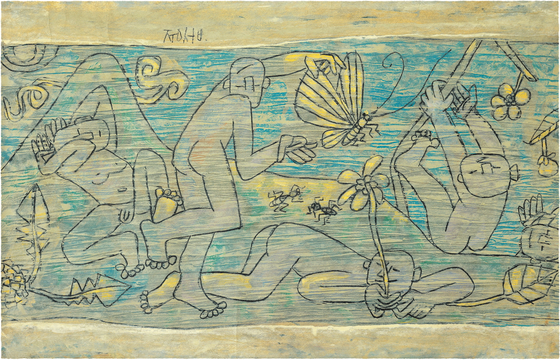 “These four keywords, each representing a central element of East Asian aesthetics, have served as a basis for how tradition is understood in East Asian modern and contemporary art,” the museum claims in a statement. However, the four keywords, at least the latter two, don’t seem to match the content of the exhibition well.

In the first section, titled “Sacred and Ideal,” the archive of the mythological murals in the tombs of the ancient Goguryeo kingdom (37 B.C.– A.D.668) and the archive of the Seokguram Grotto including its photos are juxtaposed with modern paintings and sculptures that they have inspired. Although the matches look relatively simple, they make sense. 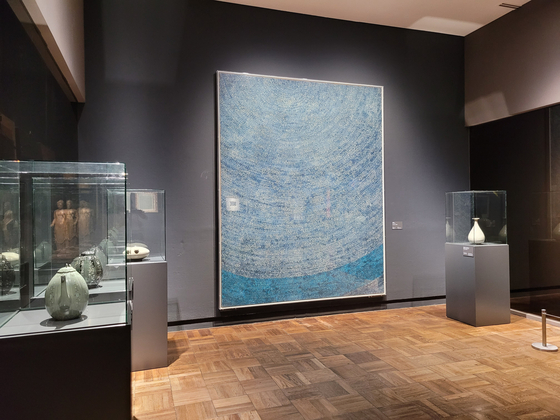 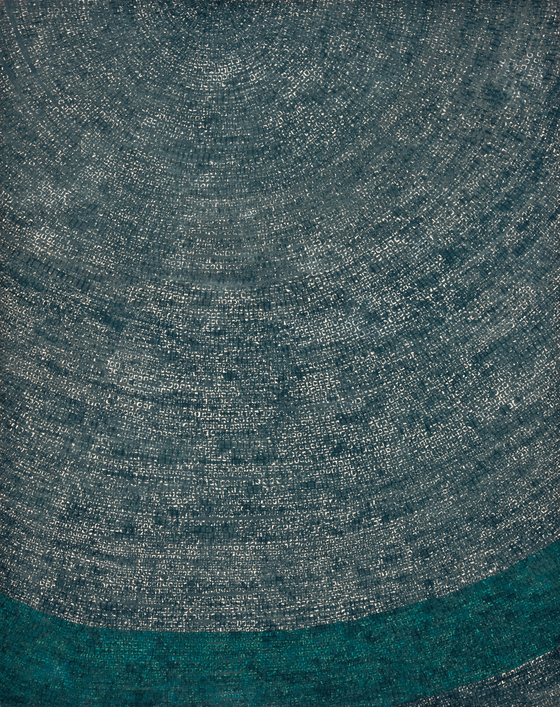 The seemingly-one-dimensional juxtapositions continue in the second section, “Elegant and Simple,” which juxtapose ink paintings of landscapes by Jeong Seon and moon jars with Dansaekhwa, or Korean monochrome abstract paintings, by Yun Hyong-keun and Park Seo-bo.

The selection of cultural heritage pieces and modern and contemporary art pieces that they are matched with in section three and four just don’t seem to make sense. In the “Decorative and Worldly” section, a copy of the famous “Portrait of a Beauty” by 18th century artist Sin Yun-bok hangs with a painting of a woman smoking by Chun Kyung-ja (1924-2015). The two paintings seem to have no relationship with each other. The last section “Dynamic and Hybrid,” which features the pioneer of video art Nam June Paik (1932-2006)’s works with some artifacts and other artworks is just chaotic.

Art critic Chungwoo Lee told the Korea JoongAng Daily, “It is an idea of extreme ethnic nationalism to attempt to ‘identify the DNA of Korean aesthetics which transcend time and space.’ Furthermore, the four keywords originate from the now-outdated aesthetic discourse of Japanese scholars in the early 20th century, which inspired Korean scholars during the Japanese colonial ruling. Accordingly it is so ironic that the exhibition is heavily influenced by Japan while being very nationalistic.”


“The title of section four is ‘Hwa’ in Korean,” he continued. “The museum translates it as ‘Dynamic and Hybrid’ but ‘hwa’ translates as harmony. Is there really harmony between Korea’s old and modern culture? There are rather the dynamics of collision and dissonance.”


The exhibition runs through Oct. 10. For more information, visit www.mmca.go.kr.