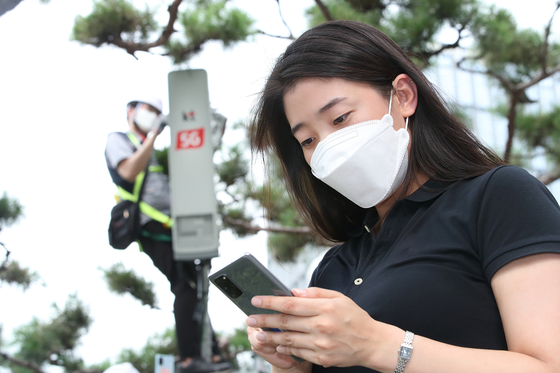 
KT has implemented Standalone Access (SA) architecture in its 5G network, a significant transformation but one dismissed by some telecommunications companies as unnecessary at this point and not all that relevant to the customer experience.

Due to the early adoption of 5G, networks utilized Non-Standalone Access (NSA), which means they piggyback off of the existing 4G infrastructure to handle the calls and data after the radio network. With SA architecture, the system is built for 5G end to end, improving performance and lowering latency.

Carriers globally have been mixed on upgrading their systems to full SA, with some preferring to wait and others going ahead with the upgrades. In 2020, T-Mobile in the United States transformed its network to SA, while AT&T said it is biding its time. Vodafone has gone SA in Germany, and China Mobile and China Telecom have both done the overhaul.

According to KT, offering 5G via SA mode can improve speeds and extend battery life. The company cited a study by the Telecommunications Technology Association (TTA), which found that a Samsung Galaxy S20+ model lasted one hour and six minutes longer on the SA mode than the NSA mode. The phone ran for 13 hours and 38 minutes on the SA mode and 12 hours and 32 minutes on the NSA mode.

KT will offer SA mode for Samsung Galaxy S20, S20+ and S20 Ultra models for now and for more devices in the future. If a customer is in a region without a 5G station, then it will still connect to 4G. 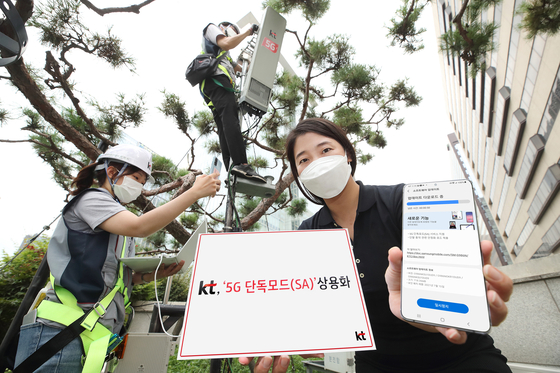 Staff members of KT make upgrades to its network software on Thursday to service the Standalone Access (SA) 5G network mode. KT started servicing the 5G on Thursday for the first time for a Korean mobile carrier. [KT]


SA is considered crucial for future services such as self-driving cars and remote-controlled factories, where low-latency is a must.
To achieve SA, a company must deploy a new radio access network (RAN) and core network (CN).

“It’s common for a telecom to use the NSA network in early stages of 5G service because it’s more stable,” explained TTA in a report.

SK Telecom and LG are also moving to establish a SA infrastructure, but the two companies say that KT's move has been too hasty and could actually slow 5G. The NSA mode transmits data using both the LTE and 5G frequency, but the SA mode could in theory lead to slower data processing speed because it only has the 5G frequency network to work with.

“The SA mode at this moment doesn’t make much difference to customers,” said an SKT spokesperson. “We are opting for a more cautious approach because we believe that a more advanced technology is best for the customers.”

The Ministry of Science and ICT will assess KT's SA mode later in the year to determine whether speeds have improved. A researcher at the Electronics and Telecommunications Research Institute explained SA won’t make much of a difference to 5G speeds. But it does allow for low latency in data processing, which is why other telecoms will also have to implement the SA mode soon.

“The SA mode will open the doors for 5G technology to be used in other industries, not just smartphones,” a KT spokesperson said. “In the future, split-seconds will have tangible difference in real life. Those milliseconds might not have a huge difference now, but it’s a start to other technologies that we are preparing for the future.”