Rookie boy band Kingdom is extending the range of its reign

Rookie boy band Kingdom is extending the range of its reign 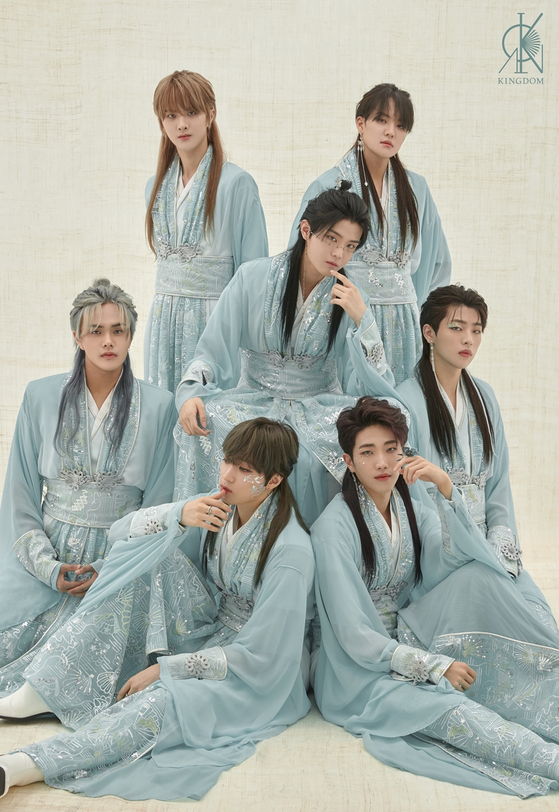 
Rookie boy band Kingdom is garnering attention overseas, especially in the U.S., with its latest song.

“Karma” is ranking at No. 8 on the Billboard World Digital Song Sales chart this week.

In a Forbes article titled “BTS, Taeyeon, Kingdom, Drippin and Blackpink: Hits Making Moves on the World Songs Chart,” Kingdom’s song “Karma” was named as one of five tracks worth noting on this week’s chart.

Music journalist Hugh McIntyre, who has written for numerous magazines and blogs around the world, wrote that Kingdom “[has] shown just how popular they already are in the U.S. by collecting what appears to be their first top 10 hit on the World Digital Song Sales chart.”

After debuting in February, Kingdom’s second EP, “History of Kingdom: Part II. Chiwoo,” landed at No. 1 in the dance category of the iTunes Albums charts in both the U.S. and Mexico, as well as entering the top 100 of the Apple Music Albums charts in 25 different regions.

The band revolves around the storyline of “seven kings in seven different nations,” who aim to unite the world into one whole “kingdom.”