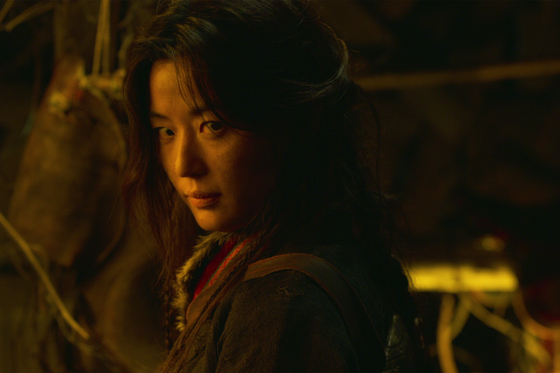 Jun Ji-hyun will feature in the newest episode of hit Netflix series "Kingdom," which is currently filming. The release date has not yet been announced. [NETFLIX]


The hit Netflix series “Kingdom” will air a special episode featuring actor Jun Ji-hyun, according to Netflix on Monday.

It will be a story about a mysterious character named Ashin, played by Jun.

Ashin made a brief appearance in the last scene of season 2, and created much buzz among fans, anticipating they would see Jun in the new season.

In the show, Ashin encountered a group led by crown prince Lee Chang, played by actor Ju Ji-hoon, on the way north to find out more about saengsacho, a herb that turns people into zombies.

Ashin is an heir of a tribe living in the north in the special episode, and stories of what happened to her will be told.

The date the special episode will air has not yet been confirmed, but filming has already started. The start date for production of season 3 had not yet been decided either.

The writer for season 1 and 2, Kim Eun-hee, also wrote the story for the special episode, and Kim Seong-hun, who directed season 1 and produced season 2, will direct it.