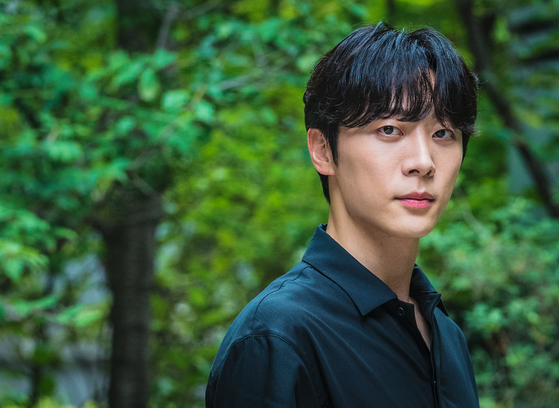 Thanks to recently ended MBN drama “Bossam: Steal the Fate,” Shin Hyun-soo has learned how to control the emotions he shows when his is acting.

He played a character named Dae-yeob in the period drama that takes place during the Joseon Dynasty (1392-1910), a very unfortunate prince who discovers secrets about his birth and is then killed.

“It’s been a while since I did a period drama, yet I was so happy from May to July when the drama was airing because so many fans were enjoying it,” Shin said during a recent interview with Ilgan Sports, an affiliate of the Korea JoongAng Daily.

“This work is one of the most precious pieces of filmography that I've ever worked on, and it has helped me communicate better with my relatives. My grandfather even contacted me to tell me that he really enjoyed watching the show.”

He shared more about how working on the series was meaningful for him and what he learned during the filming during the interview. Below are edited excerpts.


Q. What do you feel about the character you played?


A. When I was first offered the role, I was attracted to the character because it was very different from any other characters I had played before. The character was supposed to have some emotional swings, and I thought it would be fun to do scenes that take place in the Joseon era. At first I chose the character because I thought it would be fun, but as I played the role, I started to sympathize more with him. When we reached the second half of filming, I felt lonely as I tried to feel what my character was feeling. The idea of being lonely really helped me to make me and my character grow.


At what point did you feel personal growth while filming?


Now I don’t have much trouble making up personalities for the characters I play. When I first started filming the drama, I knew from the beginning how it would end. Because I knew the ending, I was able to plan out which direction I would drive the character. When the mystery about his birth is revealed in episode 18, I tried my best to limit myself and how much emotion I expressed so that scenes that came after felt even more dramatic. I was just so thankful that I’m [skilled] enough to make my own [direction].


What part of your character did you want to show most?


I felt bad for Dae-yeob because he didn't receive much love when he growing up. I wanted to introduce him properly to the audience. I wanted to justify all the decisions he makes.


How did you find working on a drama that was released after the filming was finished?


Before, I was used to getting feedback from the audience during the run and then changing the direction of my action accordingly. But since all the filming was done before the drama was aired, I kept checking back on how I did. That’s why I was more nervous than ever before when the very first episode went on air. We had a group chat that all the actors were in together. Once the episodes started airing, we were all busy complementing each other, and then would say “See you again next week.” It felt weird to think that’s all over now. We spent seven months together making the drama, but we couldn’t really get together after the drama wrapped up. It was the first time for me to not have an event to mark the end of a drama. There are things you can only talk about during the wrap party, but we couldn’t do that. That was sad.

Do you have any worries these days?


After I was done with this drama, I really felt like I wanted to take a very relaxing break. It was the first time for me to take on a role where the character dies. Dealing with the emotions that come with death was really hard. I felt lost all day every day. For the seven months that I played Dae-yeob, I felt lonely. I felt the need to let go of everything and go back to the beginning. After I was done filming, I went to a movie theater and watched the movie all by myself. At one scene, I just burst into tears. Being an actor must be very similar to being a freelancer and it is easy to feel insecure unless you have another gig booked as soon as you're finished your work. But this time, since I used up all my energy in the past seven months, I thought this is the time I need to recharge myself.


Are there any particular interests or hobbies you have?


One of my friends just debuted as a painter. I also enjoy art and photography as my hobby. I try to go see different exhibitions whenever I have time. As I looked at my friend’s paintings, I started to think that there are other ways to express myself than acting.


What kind of actor do you want to be?


If you can deliver some positive energy as you build a relationship with someone, that power of that energy gets bigger and bigger. I want to be someone who can really do well in what I’m supposed to do, and get respect. I want to be a good actor and a good man.


What’s your plan for the future?


Before, I was more drawn to roles in melodramas and romantic comedies. I thought I was only able to do such genres, but I was happy to learn that I have the ability to take on roles that have a broader range of emotions. Doing “Bossam” was a challenge I took on, as it was a role I have never done before. Now I’m through with the drama, I have more will power to take on more challenges in new genres. I like the feeling of growing. I’ll continue to try genres and take on roles that I had not tried before.