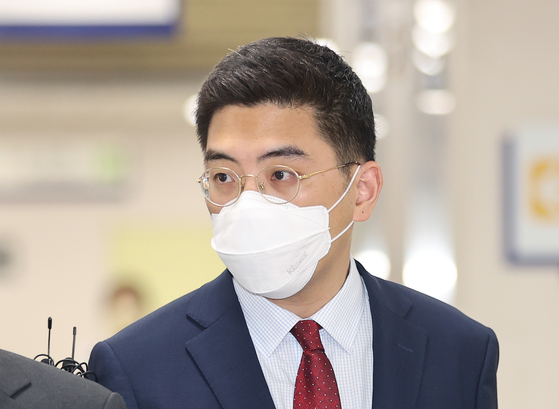 Lee Dong-jae, a former reporter for Channel A, enters a courtroom in Seoul Central District Court to hear a verdict on Friday. The court acquitted Lee of extortion. [YONHAP]


A former TV journalist’s unfair dismissal lawsuit will gain momentum after a local court acquitted him of attempting to blackmail an informant.

The Seoul Central District Court will start hearing a civil suit filed by Lee Dong-jae against Channel A on Oct. 14. The subscription television network of the Dong-A Media Group fired Lee on June 25, 2020, before he was indicted for allegedly colluding with a powerful prosecutor to take down Rhyu Si-min, a liberal pundit with close ties to the Moon Jae-in administration.

In March 2020, MBC reported that Channel A reporter Lee threatened Lee Cheol, an executive convicted of violating finance laws, to extort incriminating information on Rhyu. The MBC report said Lee Dong-jae told Lee Cheol that he had the backing of Han Dong-hoon, a senior prosecutor and close ally of the Prosecutor General at the time, Yoon Seok-youl.

Following the MBC report, the prosecution launched an investigation into the alleged conspiracy between the reporter and Han. On Aug. 5, 2020, the Seoul Central District Prosecutors’ Office indicted the former reporter for attempted extortion. The criminal indictment against Lee, however, did not include allegations of conspiracy with Han, suggesting that the investigation was unable to prove they had colluded to cook up a plot against Rhyu.

After a trial that went on for nearly a year, the Seoul Central District Court acquitted Lee last Friday. Judge Hong Chang-wu ruled that Lee had not attempted extortion, although he claimed he breached journalistic ethics.

Lee was jailed before the beginning of the trial for investigation and kept on remand. The court released him on bail in February.

In November, Lee sued Channel A for unfair dismissal. After Lee’s acquittal last week, the labor union of Channel A and the Channel A branch of the Journalists Association of Korea issued a joint statement urging the company to reinstate him.

Lee’s acquittal is also expected to have an effect on another civil suit he filed against a former Moon aide-turned-lawmaker. Lee filed a libel suit against Open Minjoo Party Chairman Choe Kang-wook in January, seeking 50 million won ($43,466) in damages, claiming that Choe had defamed him in a Facebook posting. 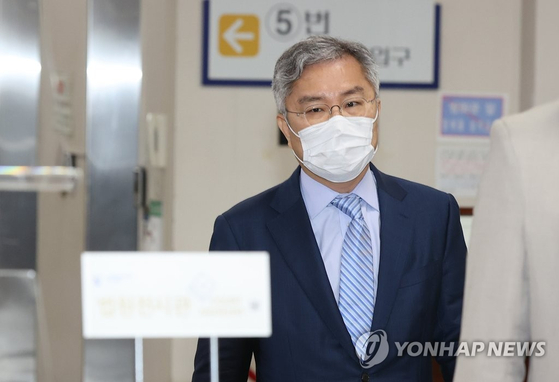 In this file photo, Open Minjoo Party Chairman Choe Kang-wook enters the Seoul Central District Court on May 21, 2021, to attend his trial. Choe was standing trial for having defamed former Channel A reporter Lee Dong-jae. [YONHAP]

In the post in April 2020, Choe wrote that Lee had pressured Lee Cheol to lie that he had paid a bribe to Rhyu, chairman of the board of the Roh Moo-hyun Foundation.

Choe, who served as Moon’s presidential secretary for public discipline, is already on trial for disseminating false information about the journalist and defaming him.

Following his acquittal last week, Lee also submitted a petition to prosecutors on Monday asking them to investigate the source of the MBC report that originally got him in trouble.

In the petition, Lee wrote that Ji Hyeon-jin, a convicted conman and the source of the MBC’s report, should be investigated thoroughly to expose who was behind his lies.

Civic groups filed criminal complaints against Ji and MBC last year, but no progress was announced as of Tuesday.