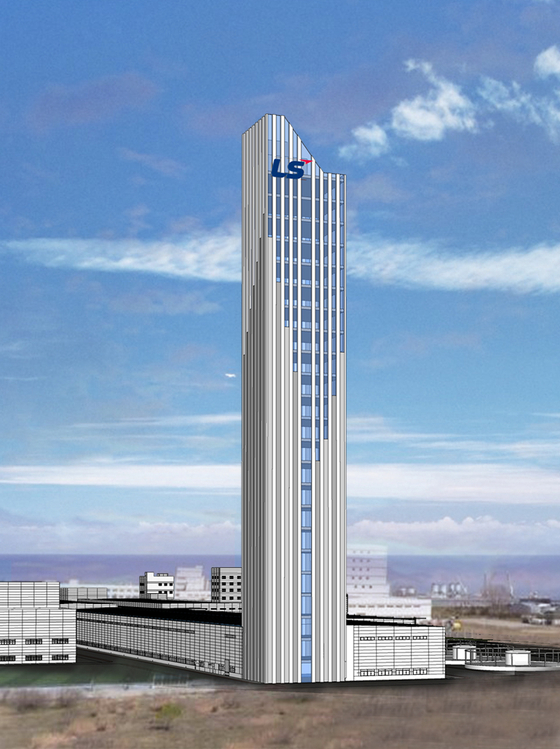 A rendering of the LS Cable & System factory to be constructed at its second Donghae Plant by April 2023. [LS CABLE & SYSTEM]

The company announced Sunday it will construct a 31,000-square-meter (333,681 square feet) factory at its second Donghae Plant in Gangwon.

Construction will start in October and will be finished by April 2023.

Once completed, the company expects its cable production capacity to increase 150 percent.

Its newly constructed VCV tower will be the highest building in Donghae and tallest VCV tower in Korea, measuring 172 meters (564 feet), similar to a 63-floor apartment building. Power cables will be produced and insulated at the new VCV tower.

“We were considering investing in overseas countries such as Vietnam and China, but decided on Donghae due to Gangwon and Donghae’s many corporate support policies,” said a spokesperson for LS Cable & System.