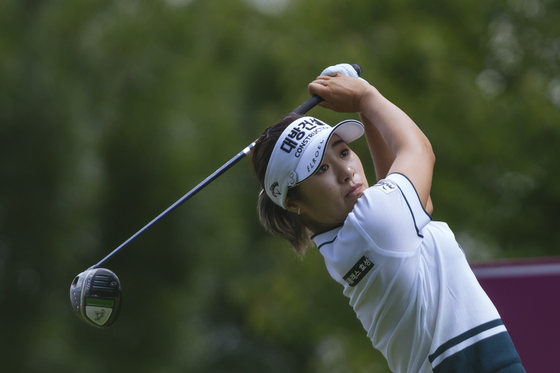 Lee Jeong-eun hits a shot during the final round of the Amundi Evian Championship. [AP/YONHAP]


The Amundi Evian Championship, the fourth major of the 2021 LPGA Tour season, came to a close on Sunday at Evian Resort Golf Club in Evian-Levin, France, with Australia's Lee Min-jee taking home her first-ever major trophy.

Lee Jeong-eun, who had been angling for her first tournament win in 23 months with a five-stroke lead going into the final round, finished second.

The expected winner had been Lee Jeong-eun, who in the second round tied the lowest 72-hole stroke total record in an LPGA major (61), and in the third round further widened her distance from second place. As the final round began, her win probability stood at a whopping 84.5 percent, compared to Lee Min-jee's 1.6 percent, according to KPMG performance metrics.

Yet the leaderboard soon started fluctuating. Lee Jeong-eun got off to a nightmare start, making a series of putting errors and ending up with three consecutive bogeys on the third, fourth and fifth holes.

Lee Jeong-eun did not sit on her laurels for the whole day — by the 12th hole, she regained her stride and signaled her strong intent to reclaim the lead by clinching a clinical birdie. Lee Min-jee responded in kind, however, by scoring three consecutive birdies from the 14th to 16th holes, shooting past both Lee Jeong-eun and Noh to grab a solo lead for the first time in the round.

With tensions soaring, Lee Jeong-eun managed to tie it again over the final few holes, recording three consecutive birdies between the 16th and 18th holes. Noh also stayed in the race all the way until the 18th hole, but dropped out in the final moments by missing a two-meter birdie putt.

A sudden death playoffs commenced. Both Lee Jeong-eun and Lee Min-jee placed their first drive on the fairway, but fortunes divided with their second swing. 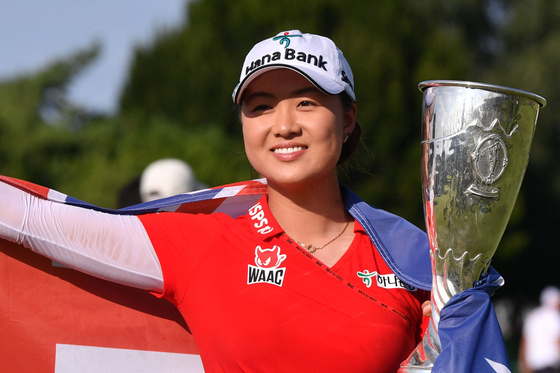 Lee Min-jee poses with the trophy after winning the Amundi Evian Championship. [AFP/YONHAP]

It was Lee Min-jee's first LPGA Tour victory in two years and three months, her last win being the LA Open in April 2019.

Meanwhile, none of the Korean athletes who are set to compete in the Olympics placed well in the final round.

The four players will head home immediately then leave for Tokyo on the 31st.