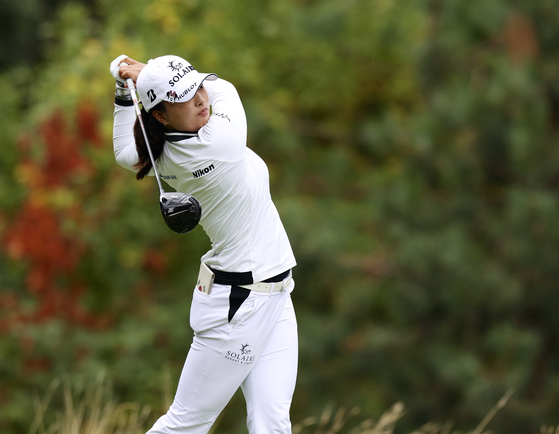 Ko Jin-young watches her tee shot on the 14th hole during the final round of the LPGA Cambia Portland Classic golf tournament in West Linn, Oregon on Sunday. [AP/YONHAP]


Korean LPGA golfers are back on track as Ko Jin-young clinched her second victory of the season at the Cambia Portland Classic at Oregon Golf Club in West Lin, Oregon on Sunday, outscoring countrywoman Lee Jeong-eun and Su Oh of Australia by four strokes to top the leaderboard.

After a two-month break, Ko came back with style, carding a bogey-free 69 on the third and final round on Sunday after play was cancelled on Saturday due to rain.

Ko is currently in her fourth season on the LPGA Tour and the Cambia Portland Classic title comes as her ninth victory and her second win of the season, after the Volunteers of America Classic this July. 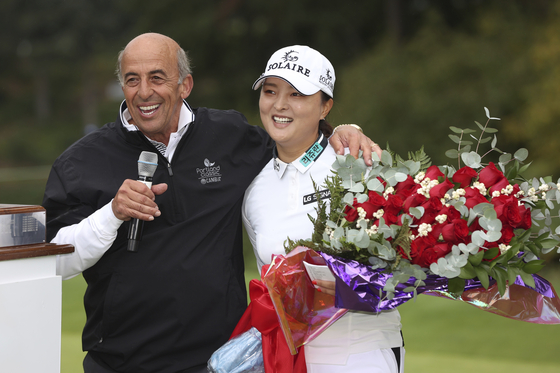 
Oh and Lee, who finished four short of Ko’s winning score, both earned their best finishes of their LPGA Tour careers.

Lee is a 32-year-old veteran golfer who joined the LPGA Tour in 2015. She has landed in the top 10 in eight tournaments but is yet to win a title. Until the Cambia Portland Classic, her season best finish was tied for 17th at the Dow Great Lakes Bay Invitational in July. Her previous career best finish was tied for third at the ShopRite LPGA Classic in June 2017.

Despite starting off the first round with three bogeys, Lee birdied five holes to card a 67 on the second round. After play was fully rained out on Saturday, Lee’s third and final round on Sunday started out with two birdies in the first nine but followed with two bogeys. A birdie on the par-5, 15th put her tied for third, but then a dramatic eagle on the last hole put her up at seven-under, 209. 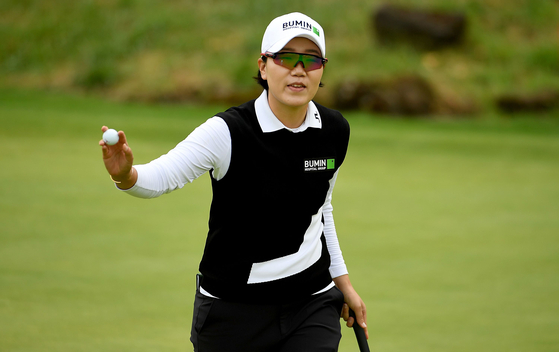 Lee Jeong-eun acknowledges the gallery after sinking an eagle putt in the last hole of the final round of the Cambia Portland Classic at the Oregon Golf Club on Sunday in Portland, Oregon. [AFP/YONHAP]


The LPGA Tour will continue with the Walmart NW Arkansas Championship on Thursday at Pinnacle Country Club in Rogers, Arkansas, where 19 Korean golfers will vie for the trophy. So far, Korean golfers have won four LPGA titles this season, just two short of a total 200 wins since Ku Ok-hee won the Standard Register Turquoise Classic in March 27, 1988 for the first time.

World No. 3 Park In-bee and No. 4 Kim Sei-young will join Ko on the field, while No. 5 Kim Hyo-joo, whose world ranking jumped two spots after she won the KLPGA OKSavingsBank Se Ri Pak Invitational on Sunday, will sit out the LPGA Tour event this week.