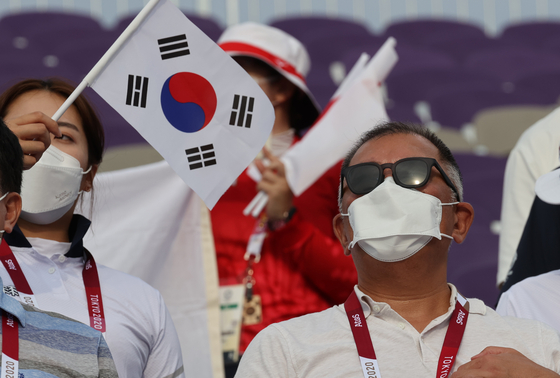 The nation's dominance in archery at the Olympics continued this year, with Team Korea winning three golds, in part thanks to support from Hyundai Motor Group which has been sponsoring the sport for the past 37 years.

For this year's Games, Hyundai Motor utilized its own R&D technology to provide equipment that can differentiate between arrows and choose the most suitable for each archer, automatic score recording devices, heartbeat detecting devices that can measure an archer's anxiety, and an "artificial intelligence coach" which helps analyze an archer's performance.

It also offered customized grips for each archer, which were made using 3-D printers.

Hyundai Motor Group Chairman Euisun Chung, who has been serving as the chairman of the Korean Archery Association since 2005, attended the Tokyo Olympics to cheer on and congratulate the national team immediately after wrapping up a business trip to the U.S.