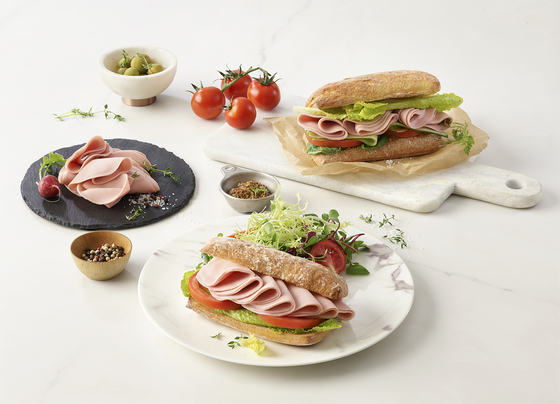 The product, branded as Better meat, will be sold directly to businesses and not available for retail consumers to buy directly. It will be used in Starbucks sandwiches from Thursday.


The target of Better meat products is meat lovers worried about the possible health risks of consuming too much meat, like high cholesterol, according to Song Hyun-suk, Shinsegae Food CEO, in an online video for reporters.


Ingredients include soy protein, ginger, garlic and seaweed, and no genetically-modified ingredients are used.


The company would not disclose the full ingredient list, and it also declined to disclose nutritional information. As the product is not sold directly to consumers, this information does not have to be on the packaging.


Most meatless meats tend to be higher in sodium than real meats, have similar levels of fat and lack some key vitamins, raising questions about whether they are actually healthier than animal-based products.


They also have a long list of adjunct ingredients. Beyond Meat, a competitor product from the United States, is made with more than 20 ingredients, including modified food starch and maltodextrin.


Shinsegae Food, 46.87 percent owned by Emart and also an operator of No Brand Burger, started research and development on plant-based meats in 2016.


The company said it chose ham as the first product because the market for substitute pork will be stronger than for other meatless meat products.


“Beef products account for the highest portion for alternative meat market in Korea, but pork is actually the most commonly consumed type of meat,” said Shinsegae Food in a statement.


Pork accounted for 49.1 percent of the meat consumption per person in Korea over 20 years from 2000 through 2019, according to a report by Korea Rural Economic Institute in April. Chicken followed at 27.1 percent and beef 23.8 percent.


Sausage and bulgogi are planned for the plant-based brand’s lineup.


The company hopes Better meat appeals to the younger people that care about animal welfare and reducing the environmental pollution.


Shinsegae Food is among the many food companies in Korea that have jumped into the alternative meat market in line with the stricter global standards for sustainable growth and the expansion of the industry.


The alternative meat market in Korea is estimated at around 20 billion won ($18 million), but the global market is expected to show rapid growth, according to Shinsegae Food.


The global alternative meat market is expected to reach 6.7 trillion won globally by 2023, up around 30 percent from 5.2 trillion won in 2019, according to data provided by Korea Agro-Fisheries & Food Trade Corporation.


“The global alternative market is still in its initial phase,” said Cho Mi-jin, an analyst at NH Investment & Securities, adding that now is time for food companies to focus on growth and its market influence rather than profitability.