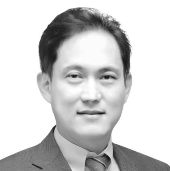 Kim Tae-kyu
The author is a lawyer and former judge of the Busan District Court.

Given the old age of President Syngman Rhee — 84 at the time — concerns were high that he could not serve out his third four-year term. As the race for vice president got overheated, the ruling LP did all it could to win the election. Interior Minister Choi In-kyu went so far as to mobilize the police to win elections. His massive — and methodical — campaign eventually led to his execution after a trial at the Military Revolutionary Tribunal after the May 16 coup in 1961. A year earlier, President Rhee voluntarily resigned shortly after coming into office. “The people who do not rise over such disgraceful things are the same as the dead,” he lamented.

That’s exactly what happened before and after the fraud-ridden March 15 presidential — and vice presidential — elections in 1960, 12 years after the founding of the nation in 1948. Over half a century ago, people’s perception of democracy was certainly not so mature as today. And yet, they vehemently opposed the systemic election fraud so brazenly committed by the government and ruling party. Punishment of all officials involved in vote rigging was even harsher than now. 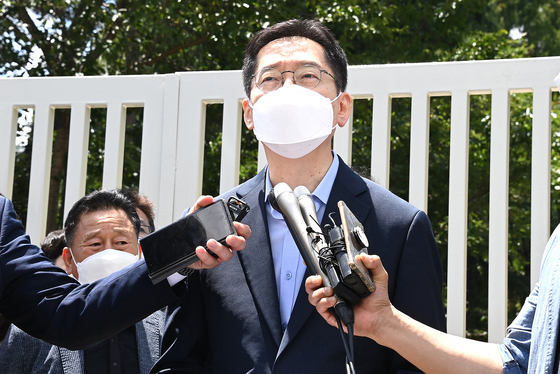 South Gyeongsang Governor Kim Kyoung-soo on Monday makes a comment in front of the jail after he was sentenced to two years for colluding with an online opinion rigging scheme.

Fast forward to 2016 and a team of experts in online opinion rigging led by Kim Dong-won, better known by his online alias Druking, manipulated internet comments from December 4 through March 21, 2018. The Druking clan dared to fabricate 99.7 million online comments to help Moon Jae-in — the opposition’s presidential candidate at the time — win the 2017 election. Special prosecutor Heo Ik-beom, who investigated the case, found that South Gyeongsang Governor Kim Kyoung-soo conspired with Druking on 88.4 million comments among them. Despite the unfamiliarity from digital election fraud, Gov. Kim and others distorted voter judgment. Their campaign to pollute human consciousness is worse than compelling voters to support a certain candidate.

Even after the election fraud was confirmed by the Supreme Court, the Blue House said nonchalantly, “We don’t have our official position on the issue.” President Moon, arguably the biggest beneficiary from the opinion rigging scheme, is keeping mum. While the ruling DP claims it has nothing to do with the president, the opposition party demands an apology at most from the president. Whether Moon is really irrelevant should be affirmed by an investigation as Kim is a close ally of the president. As he has been convicted of a crime by the highest court, the president must be looked into. The case cannot be settled with his allies’ assurance that he was not aware of the scheme.

The ruling camp’s hypothesis that Moon’s election victory can be justified by a huge gap in votes is just an excuse. Thanks to Moon’s status as president, it’s impossible to indictment him. But that doesn’t mean a probe is impossible. The trial on the Blue House’s alleged intervention in the 2018 mayoral election in Ulsan to help Moon’s friend win the election is still ongoing. No one knows what happens next. President Moon even appointed one of his campaign aides as standing commissioner of the National Election Commission.

Representative democracy cannot stand without elections. No matter how much political expressions are allowed, it is useless if election results are distorted. And yet, no one demands an investigation of the president nor his resignation, and the president does not show any sign of apology.

Won Sei-hoon, former chief of the National Intelligence Service, was sentenced to four years in jail for orchestrating online opinion rigging scheme to help conservative presidential candidate Park Geun-hye win the 2012 election. But Gov. Kim was sentenced to two years for a similar crime. Before being headed to the prison, he urged presidential contenders from the DP to “take care of the president well.”