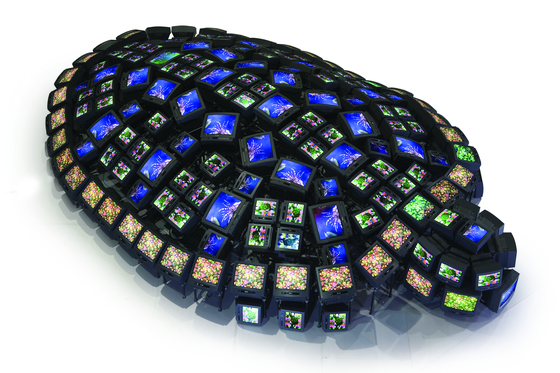 
Ulsan, the southeastern port city of Korea, recently announced it has secured three works by Nam June Paik (1932-2006), dubbed the founder of video art, including “Turtle” (pictured), for the city’s new municipal museum scheduled to open in December. “The 10-meter [33-foot]-wide spectacular sculpture ‘Turtle,’ which consists of 166 TV monitors, is Ulsan Art Museum’s first collection and shows Paik’s unique aesthetic that encompasses nature and technology and the East and the West,” the city government said in a press release last week. The second and third works are the video installations “Sistine Chapel” (1993) and “Forest of Cage — Revelation of the Forest” (1992-94) by Paik, the city government said. [ULSAN ART MUSEUM]