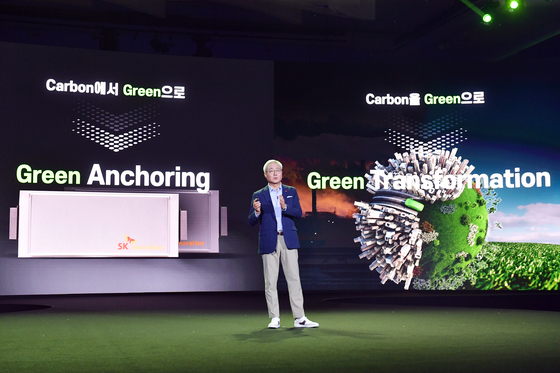 SK Innovation is splitting off its battery business, which will help it better cope with the rapidly expanding electric vehicle (EV) industry.

The new entity will be split off on Oct. 1 and possibly named SK Battery.

SK Innovation's board approved Wednesday of splitting off the company's battery and oil exploration and production businesses.

Both split-offs will follow the same schedule and the second company will be called SK E&P.

A split-off results in the separated entity's shares being wholly owned by the parent company, compared to a spinoff in which the shares of the new entity are distributed proportionally to existing shareholders.

The two entities will be wholly owned by SK Innovation and their splitting off will be put to a vote at a shareholder meeting on Sept. 16.

“SK Innovation’s board agreed that the company’s battery and oil exploration and production businesses have been recognized for their growth potential and competitiveness,” the company said in a statement Wednesday.

“Splitting off the units was considered necessary to heighten SK Innovation's value."

SK Innovation's future role will be as a holding company managing the business portfolio of its subsidiaries.

It will also retain its research & development capacity and continue to develop technology related to recycling metal from used batteries.

SK Battery will be responsible for manufacturing EV batteries and running the BaaS (Battery as a Service) business. It will also handle ESS (energy storage system) projects.

“The split-offs will help each company come up with a management system that suits each business model,” Kim Jong-hoon, chairman of SK Innovation’s board said Wednesday.

“Each company will be able to respond more quickly and flexibly to changing business environments.”

The board’s approval of the battery business's split-off comes a month after SK Innovation CEO Kim Jun hinted at a possible initial public offering (IPO) at an annual media and investors event in July.

Kim had said the company may list on the U.S. Nasdaq or both in the U.S. and in Korea, when the company was “able to get the right valuation from the market.”

SK Innovation’s battery business has undergone rapid expansion in recent years with aggressive investment in production facilities. The company, which has factories in the United States, China, Hungary and in Korea, currently has an annual production capacity of 40 gigawatt-hours (GWh).

Through the split-off, SK Innovation hopes its battery business will become profitable in 2022.

Meanwhile, SK Innovation itself went into the black in the second quarter, according to its results announced Wednesday. It posted 415.9 billion won in net compared to a 345.8 billion won loss a year ago on the back of strong sales of lubricating oil and batteries.

Its battery business’ sales were 630.2 billion won in the second quarter, an 86 percent increase from 338.2 billion won a year ago, on the back of strong demand for EV batteries. Its operating loss shrunk 44.6 percent to 98 billion won from 177 billion won during the period.

Boosted margins on lubricant oils lead to an operating profit of 226.5 billion won for that division, a 153 percent year-on-year jump.

Its share price dipped by more than 7 percent during trading Wednesday after the announcement of the battery and E&P businesses split-offs.