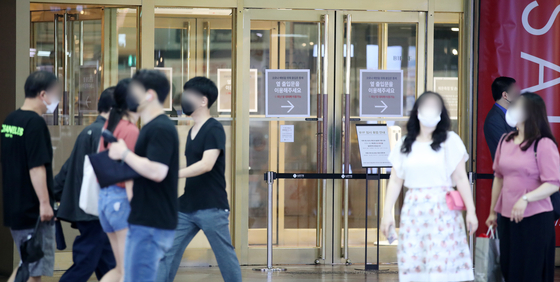 
Lotte Shopping reported a 34.52-billion-won ($30 million) net loss in the second quarter, a significant improvement from the 199-billion-won loss a year earlier.

On Friday, the company released preliminary results for the April-June period.

Sales were down by 3.5 percent during the same period to 3.9 trillion won.

Lotte Shopping said the transaction amount and traffic increased on its Lotte On app, but sales fell due to a “change of accounting standards.”

Total transactions made on Lotte On jumped 30 percent on year in the second quarter, according to Seo Jeong-yeon, an analyst at Shinyoung Securities.

Seo added that sales at department stores could grow rapidly after Covid-19 regulations are eased, but the analyst noted that domestic fashion consumption has not returned to 2019 levels.