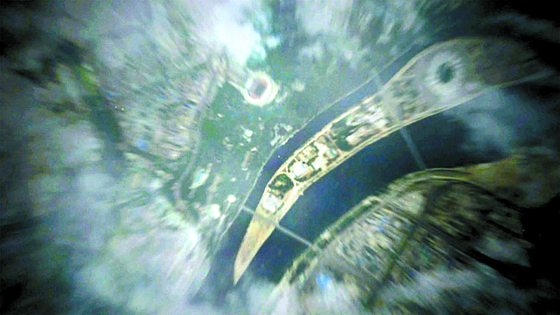 A segment of the opening ceremony video of the 2021 P4G Seoul Summit on May 30 shows a part of Pyongyang, not Seoul, when introducing the host city of the summit. [SCREEN CAPTURE]


The Ministry of Foreign Affairs issued warnings to officials in charge of preparing the P4G Seoul Summit after an embarrassing video clip at its opening ceremony on May 30 showed a map of Pyongyang instead of Seoul.

The Foreign Ministry previously warned it may be taking serious disciplinary action following a review by a disciplinary committee, but three officials only received slaps on the wrist, according to the office of an opposition People Power Party (PPP) lawmaker Sunday.

On May 30 and 31, the Korean government virtually hosted the P4G, or Partnering for Green Growth and the Global Goals 2030, summit, a global initiative that seeks solutions for climate action, at the Dongdaemun Design Plaza (DDP) in central Seoul. The summit had been initially scheduled for 2020 and delayed one year.

A video that showed a panoramic view of the Korean Peninsula, which zoomed out to show the entire globe, started from Rungnado in Pyongyang, the capital of North Korea, instead of Seoul, when introducing the host city of the forum.

The video clip was immediately edited after the mistake was spotted by the media, and Foreign Minister Chung Eui-yong expressed regret over the incident.

The Foreign Ministry said those responsible for the video would be face repercussions, and said that it was considering reporting to the police the companies that produced the controversial opening ceremony video.

The office of PPP Rep. Cho Tae-yong, a member of the parliamentary foreign affairs committee and a former vice foreign minister, told the JoongAng Ilbo Sunday that a written warning was issued to the head of the summit’s preparatory office.

The ministry said this high-level official retired as of July 1, thus disciplinary action would have no effect.

The deputy head of the P4G preparatory office, dispatched from the Environment Ministry, and another lower-level official, were also issued warnings. The Foreign Ministry said that it took into account that the summit was being held virtually for the first time amid the coronavirus pandemic.

A warning remains on the official’s personnel record but does not constitute official disciplinary action. Because the head of the preparatory office retired, the warning does not hold weight.

After an internal investigation into the incident, the Foreign Ministry acknowledged on June 18 that the summit’s preparatory office had neglected its management responsibility by delegating its work to a private company.

"The foreign minister directly ordered a thorough investigation, but it is difficult to understand why the results are so insufficient,” said Rep. Cho. “It is difficult to say that sufficient measures were taken to claim responsibility and prevent a reoccurrence.”