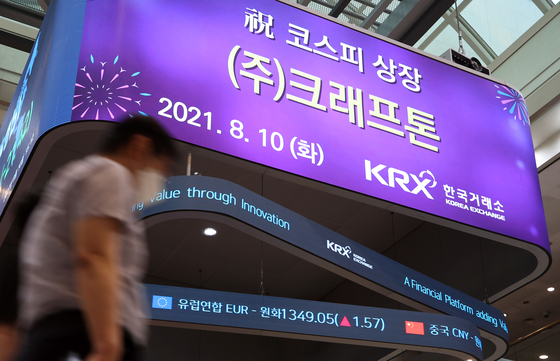 
Krafton ended its first day of trading below its IPO price, the first Kospi company to do that this year.

The bad day for the game maker comes amid a raging debate in the local market about the pricing of new listings, with investors, analysts and regulators wondering whether companies are asking a lot more than they are worth given their performance and prospects.

While it finished up 1.23 percent from the opening trade, it still lost money for those who rushed into the IPO.

The last time a Kospi-listed stock failed to break its IPO price the first day of listing was in November 2020, according to analyst Choi Jong-kyung of Heungkuk Securities. Insurance brokerage company Aplus Asset Advisor finished the day 8.27 percent lower than its IPO price on its first day of trading on Nov. 20.

Trouble for Krafton began in June when the Financial Supervisory Service kicked back its registration statement and asked for the company to reconsider its asking price. It eventually took its offering range down 10 percent.

When it started marketing the shares earlier this month, the demand wasn’t really there, much weaker than the rushes experienced by other Korean shares being brought to market. Krafton shares were oversubscribed at a rate of 7.79 to 1, far lower than the 335 of SK Bioscience and 1,525 of Kakao Games.

"It's difficult to say whether an IPO has been successful with a day's performance," Choi said. "But ideally, a stock's price should not fall below the IPO price."

Analysts say it's important for the company to find its right valuation as soon as possible to prevent investor losses.

"Stocks can be overpriced, as it's not always easy for underwriters to find the right price," said Lee Seok-hoon, a senior researcher at Korea Capital Market Institute. "What's important now is for the stock to settle at the right price in the market as soon as possible."

"It's meaningful to note that of the six Kospi-listed stocks that dropped to below IPO price on their first day of listing from 2018, all stocks managed to recover and grow beyond the IPO price now except for just one stock," Choi said, adding that rather than stocks spiking to hit the daily gains limit early on and then plunging later, it is healthier if the stock can achieve a slow but steady price rise. 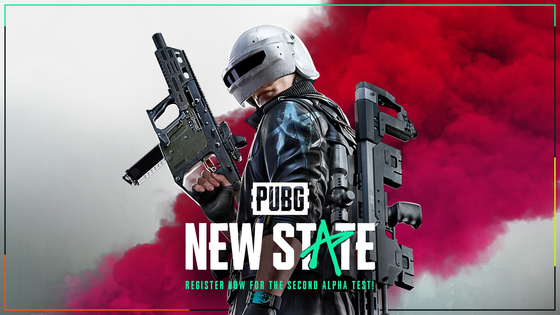 
The biggest challenge now for Krafton may actually be its fundamentals, as it is highly dependent on one game.

The PlayerUnknown's Battlegrounds (PUBG) maker is gearing up for a worldwide release of PUBG: New State at the end of this year and The Callisto Protocol in the following year. The games will decide whether Krafton is a one-hit wonder or not.

"A mild share price movement after the listing will offer a good entry point for investors seeking to capitalize on momentum from PUBG: New State," wrote analyst Sung Jong-hwa of eBest Investment & Securities in a report last month.

Krafton’s listing comes just days after KakaoBank’s. Korea’s first listed internet-only bank rose 79 percent on its first days of trading, last Friday, and then 12 percent on its second day. On Tuesday, it retreated by 9 percent. It went from Korea’s 11th largest company to 9th largest and back again to No. 11.