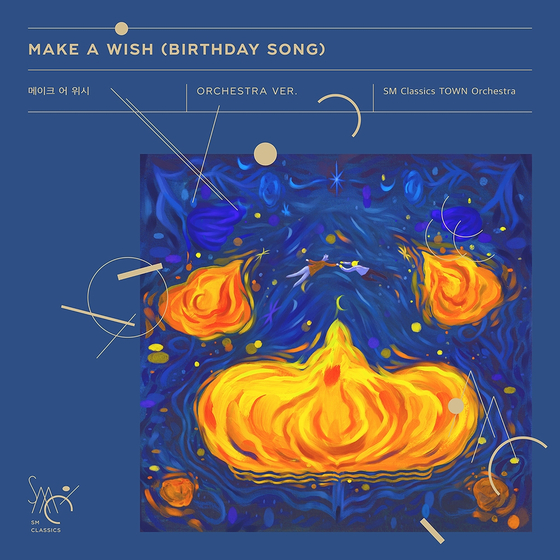 
An orchestral version of NCT U's hip-hop single “Make A Wish” will be released on Thursday, the band's agency SM Entertainment said on Wednesday. NCT U is a a subunit of boy band NCT.

The agency added that the new version dramatizes the original sounds of the song so listeners will associate it with the imagery of “witnessing a mirage under a powerful beam of sunlight in a desert.”

The music video shows the orchestra performing the song conducted by Kim Sung-jin at the Concert Hall of Seoul Arts Center.

SM Classics have been consistently releasing orchestral versions of K-pop songs of its artists, including girl group Red Velvet’s “Red Flavor,” Boa’s “Tree” and “End of a Day” from Jonghyun of SHINee.