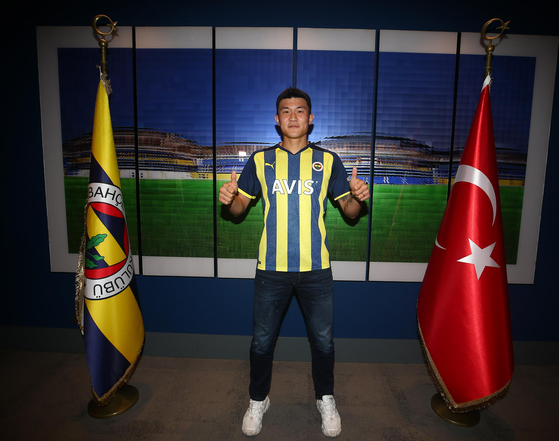 Kim Min-jae is wearing the Fenerbahce uniform after officially announcing that he has joined the Turkish football team on Friday. [YONHAP]


Korean defender Kim Min-jae announced that he has officially joined Turkish football team Fenerbahce with a four-year contract on Friday.

Over the last few months, Kim has been linked to a number of top European clubs and, on multiple occasions, reports have gone so far as to claim that a deal had been struck. But after it was reported that Kim traveled to the Turkish club to undergo medical checks for the first time on Saturday, the contract looked all but final.

Kim is a highly rated defender who offers a formidable physical presence in the backline that could see him hold his own against more physical players anywhere in the world. Kim's international performance has gained him a lot of attention, earning him the nickname "The Monster" for his ferocious defense during the 2017 Asian qualifier for the 2018 Russia World Cup.

Kim's absence at the 2020 Tokyo Olympics — he was named as one of the wildcard picks, but his previous club Beijing Guoan declined to release him for the Games — left a devastating hole in Korea's defense and was likely a key reason the team fared so badly. 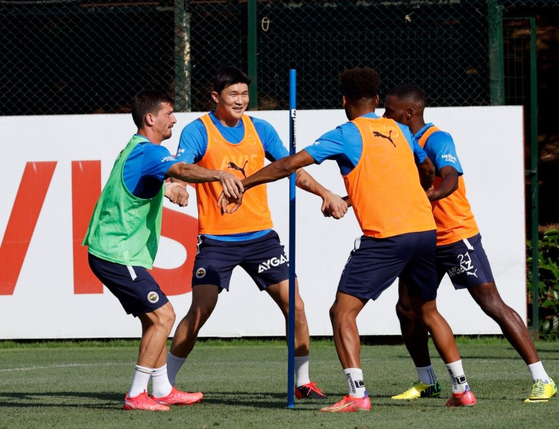 Kim Min-jae, second from left, trains with Fenerbahce for the first time on Saturday. [YONHAP]


Fenerbahce is one of the most popular football clubs in Turkey and the most successful team ever in the country's Turkish Super League. The club's Portuguese manager Vítor Pereira joined the team this year after three years managing Shanghai SIPG in the Chinese Super League. During that time, Pereira has had experience playing against Kim and is likely very familiar with the defender's skills.

Kim now joins a short list of Korean players who appeared in the top Turkish league. Lee Eul-yong and Suk Hyun-jun both previously played for Trabzonspor, Lee on two occasions between 2002 and 2006 and Suk in the 2016-17 season, and Shin Young-rok played for Bursaspor in 2009.