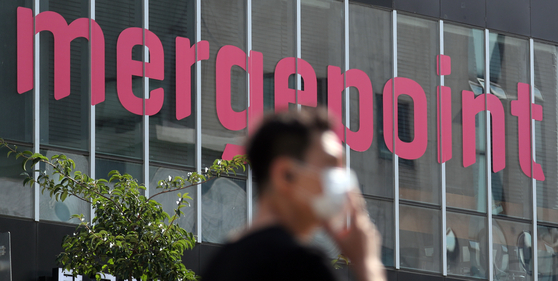 
Digital coupon businesses are to be investigated by the Financial Supervisory Service (FSS) after a dramatic run on Mergepoint last Friday by a mob of angry customers.

Mergepoint abruptly changed the terms of its Mergeplus discount coupon service last week due to concerns from regulators that it may be in violation of the rules related to financial businesses.

The company offered 90 percent refunds to customers, which only served to anger many of them.

Jeong met with key FSS official and ordered all 65 electronic financial businesses registered as of March this year to be inspected.

The probe will check whether the businesses have been sticking to FSS guidelines, such as buying surety bonds and safekeeping customer money at a third-party trust separate from company assets.

According to FSS guidelines, a prepayment service must have its customer funds managed by a separate entity, such as a bank. The business must also regularly check if the prepaid amount and its budget match.

The FSS will also investigate whether any prepayment services have been operating without registering as an electronic financial business.

Mergepoint sold coupons that can be used to get 20-percent off at a wide range of establishments without registering its business with the financial regulator. The FSS told Mergeplus to register Mergepoint on Aug. 4, after which the app stopped issuing new coupons and reduced the number of stores where the coupons could be used.

The FSS said it will come up with measures to minimize the damage to customers, but did not provide details.

Customers blame the FSS for not having monitored the app before it got so big. The app’s monthly sales were 42.4 billion won ($36 million) in July, and it had almost one million members.

“It’s understandable that the financial regulators only monitored the app after its business expanded because there are so many businesses that run without registering,” said Kwon Hyuk-joong, an adjunct professor at the Future Education Institute for Globalization at Kyung Hee University.

“It’s hard for the government to keep track of every single business, but the customers and small-sized shop owners are at risk of damages in this situation. It is regrettable that the FSS did not take measures until now.”

Customers also blame shop owners and retail franchises for failing to inquire about the app’s legality before partnering with it.

“They’ve been neglecting their duties and just making money off of commissions. I’m never buying from Tmon or WeMakePrice ever again,” read a post uploaded on “A Community of Mergepoint victims,” a Naver café established on Aug. 11 and with over 25,000 members as of Tuesday.

E-commerce services such as 11st, WeMakePrice and Tmon accepted Mergepoint coupons until early this month.

The franchises or shop owners that accepted Mergepoint coupons cannot be blamed for the situation either, Kwon explained.

“If Mergeplus fails to offer refunds and pay the shop owners, they will both have to share the costs and fall victim,” he said. “Conglomerate franchises will have surety bonds to cover the losses, but they too can be deemed as victims here.”

As Mergepoint buries books, FSS reports it to the police

Mergeplus raided by police, 3 executives told not to travel