When being in hot water is a good thing

When being in hot water is a good thing 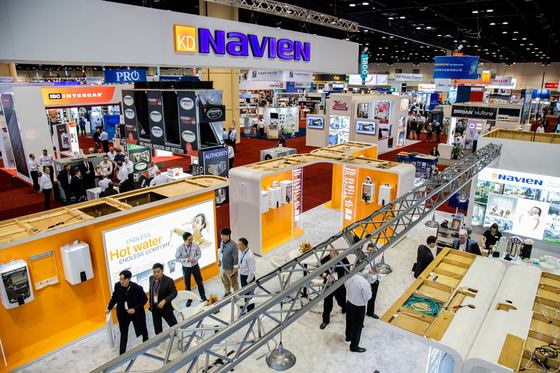 Boilers are usually difficult to export due to different heating systems in various countries.

But Kyung Dong Navien, a leading boiler company in Korea, became the No.1 seller of wall-hung gas boilers in Russia by customizing the product.

KRX-listed Kyung Dong Navien has more than 23 percent of the wall-hung gas boiler market in Russia, according to data from the Korea Trade-Investment Promotion Agency (Kotra).

The award is given by Russia’s Chamber of Commerce and National Brand Selection Committee, a private organization, to a company that is most preferred by customers in a vote.

In the first half, Kyung Dong Navien achieved 478.7 billion won ($410 million) in consolidated sales, 55.7 percent in North America and 4.34 percent in Russia.

The company, which exports to 30 countries, received a $300 million Tower of Export Award last year, an award given by Korea International Trade Association to a company that exports $300 million worth of goods in a year for the first time.

It is currently the fourth largest boiler seller globally. 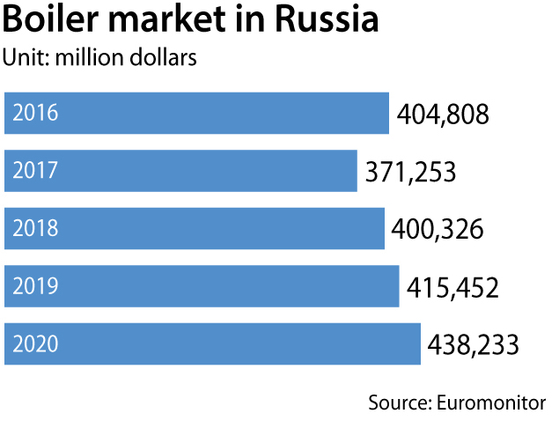 “Boilers from European brands are exported to Russia as they are, but the Korean brand (Kyung Dong Navien) conducts market research and offers a product that is optimized to the Russian environment,” said Senya, a Russian living in Korea, on a YouTube channel named Korean Bros in July last year.

Sasha, another Russian on the video, said Kyung Dong Navien boilers are popular in Russia due to the slim design.

Though the video was sponsored by Kyung Dong Navien, other Russians on the show agreed that the Best National Brand Title that the boiler firm received three times cannot be awarded to a company that is not famous.

Kyung Dong Navien was a latecomer to the Russian boiler market in 2008, when European brands were already dominating the market.

But the Korean company became the largest seller of wall-hung gas boiler in 2011 by offering products customized for Russia.

It has maintained that spot ever since except for once in 2013, although it is being closely followed by British manufacturer Baxi.

An SMPS is a special protection chip. It protects the boiler from voltage fluctuations in the network.

“Electricity in Russia is quite unstable as it fluctuates often,” said Woo Seong-min, a spokesperson for Kyung Dong Navien. “The SMPS functions like an electrical transformer that keeps a stable level of electricity in the boiler.”

A stainless steel heat exchanger is another key technology that makes Kyung Dong Navien’s boiler more durable, he said. A heat exchanger in a boiler transfers heat from gas to the water that will circulate around a home to the radiators and a hot water tank.

Copper is a popular choice for heat exchangers because of its high thermal conductivity, which allows heat to pass through it quickly.

“Stainless steel has lower thermal conductivity than copper,” said Park Yun-ju, another spokesperson for Kyung Dong Navien. “But we overcame the limit by expanding the surface area where heat can be transferred.”

Its rivals have adopted a similar technology following its introduction of stainless steel heat exchangers, the company said. 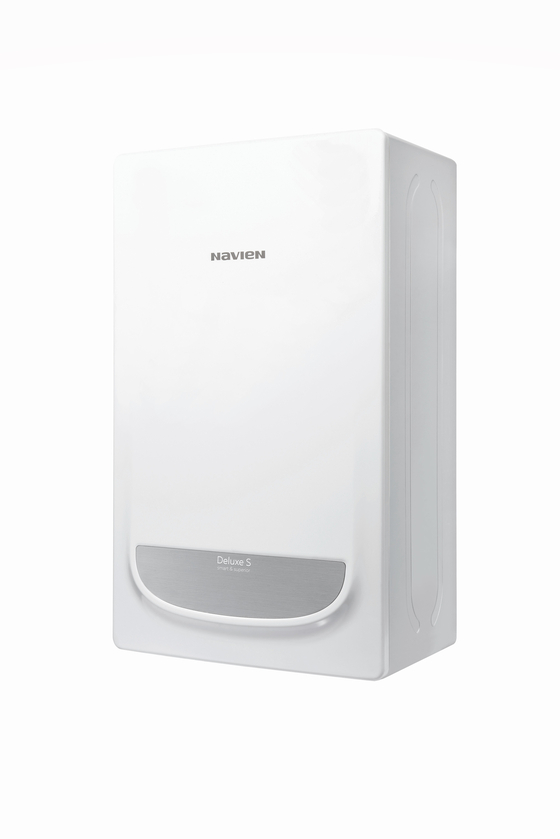 
Apart from the internal components of a boiler, its slim design also helped Kyung Dong Navien increase sales in Russia.

“Unlike Koreans, Russians usually don’t have a boiler room in their homes because they live in a relatively small house,” said Woo. “In Russia, boilers are usually installed in a kitchen, so aesthetics are also important.” 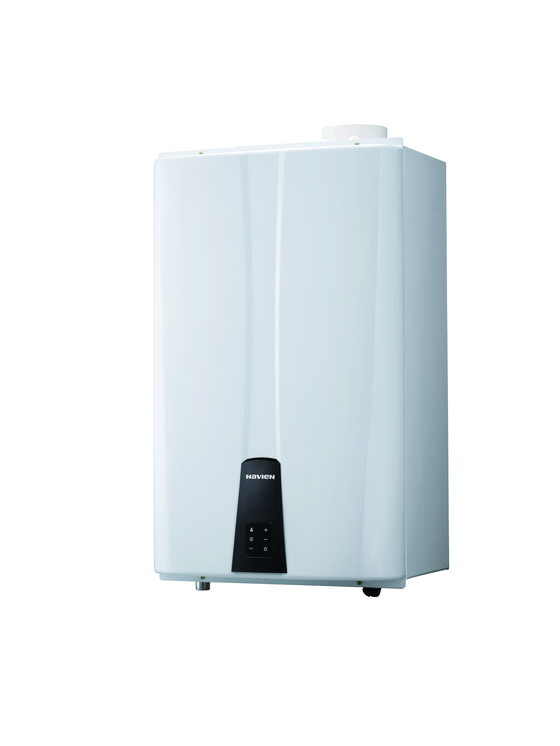 Condensing is an eco-friendly technology that reuses heat and maximizes the efficiency to reduce energy consumption.

Condensing boilers could reduce nitrogen oxide emissions by 79 percent compared to conventional boilers, according to the company.

When Kyung Dong Navien first exported condensing water heaters in 2008, the product did not exist in North America. So it was difficult to get the product understood in the market. But that also meant it created a niche market.

Kyung Dong Navien is a leading condensing water heater seller in North America, where it established a corporation headquartered in Irvine, California, in 2006.

The most common type of water heater in North America is a tank type, which stores hot water for use at any time. Water is constantly being heated in the tank.

Kyung Dong Navien does not sell tank-type water heaters in North America because “it is difficult to export the product due to its big size,” said Woo.

It also is not that profitable to export tank-type water heaters “because the price has to be low to stay competitive in the market,” Woo added.

For Kyung Dong Navien, offering a cheaper price than rivals producing the product domestically is not easy.

Condensing water heaters are gaining popularity in North America because they are smaller in size than tank-type water heaters, and therefore, uses space more efficiently. It also takes less time for a tankless condensing boiler to heat water than tank-type boilers, so is more cost efficient.

Growing consciousness on protecting the environment and recent climate abnormalities, like the Texas cold snap in February when the temperature fell as much as 28 degrees Celsius below average, are also pushing up the demand for condensing boilers, according to Woo.


Kyung Dong Navien faces growing competition in Russia, where companies from Turkey, Belarus and China are raising their market presence.

Boiler imports from Belarus over the past two to three years jumped more than three-fold, led by a company named Amteo, according to data by Kotra.

Distribution of knockoffs from China, which are difficult to distinguish from the authentic product, is also rising as a problem that could hurt sales of major boiler sellers.

Amid the flow from rivals, Korea’s exports to Russia last year was $31.7 million, down 5 percent from the previous year.

“Demand for gas boilers in Russia is projected to continue for a while due to the use of gas in Russian regions,” said Woo Sang-min, a spokesperson for Kotra. But “it should be noted that the competitiveness of Russian products is rising while price competition grows fiercer.”

In North America, condensing products are still not mainstream after more than 10 years.

The presence of condensing products in North America “is not big because the condensing market did not exist in the past,” said Park from Kyung Dong Navien.

Kyung Dong Navien’s sales are only 28.9 percent of those of Milwaukee, Wisconsin’s A.O. Smith, according to Park Yong-hui, an analyst at IBK Securities.