General Motors' Chevrolet Bolt EV caught fire in July 2021 in Vermont while being connected to a charger. [JOONGANG ILBO]

LG Chem shares closed at 798,000 won on Monday, 11.14 percent lower than the previous trading day, the steepest intraday fall in more than a year. The company lost 7 trillion won ($5.8 billion) of its market capitalization on a single day,

The plunge came as the safety of products made by LG Energy Solution, LG Chem’s wholly owned battery cell subsidiary, is questioned.

General Motors on Friday announced it would recall an additional 73,000 Bolt EVs and the bigger Bolt EUVs from model years 2019 to 2022.

It cited possible “manufacturing defects” of battery cells that could “increase the risk of fire.”

The Detroit-based auto giant said it expects the recall to cost $1 billion and that it would seek reimbursement from LG once the cause of the defect is confirmed.

It also said it will indefinitely halt sales of Chevrolet Bolt EVs, the automaker's most popular all-electric model.

This was not the first recall of Bolt EVs due to possible defects in LG batteries.

In July, the carmaker issued a recall of 69,000 Bolt EVs from model years 2017 through 2019 over a similar issue with the batteries.

The carmaker estimated that recall would cost about $800 million.

On the most recent recall, LG Electronics and LG Energy Solution said in a joint statement that they are "actively working together with the client to roll out a smooth recall. 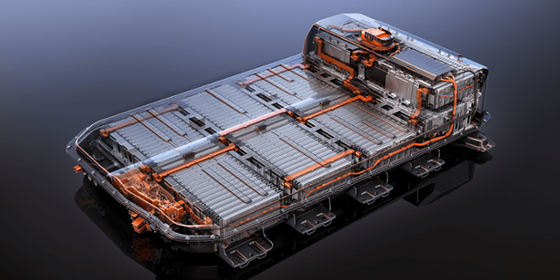 "Following the result of the investigation being carried out by General Motors, LG Electronics and LG Energy Solution, the ratio of the recall cost will be decided," the statement added.

Earlier this year, Hyundai Motor ordered a global recall of 82,000 of its EV models equipped with LG batteries, most of which were Kona Electric SUVs.

At the time, Korea's transport ministry said the battery cells were found to have defects that could lead to fires. The recall cost was 1.4 trillion won, 30 percent of which was covered by Hyundai Motor and the remaining 70 percent by LG Energy Solution.

In the second week of August, Volkswagen reported its possible first case of an EV catching fire in the Netherlands. An all-electric ID.3 was reported to have "burst into flames" in the city of Groningen on Aug. 13 after it was disconnected from a roadside charger.

The model was also equipped with an LG Energy Solution battery, although the exact cause of the fire hasn't been confirmed.

"The recall issue hasn't come to a conclusion yet as the investigation is ongoing," said Hwang Yu-sik, an analyst from NH Investment & Securities.

"What the market hates most is uncertainty," he continued. "Therefore, the volatility of LG Chem shares is likely to continue for a while but saying that this incident will have negative impact on the relationship between LG and General Motors is going too far at this moment."