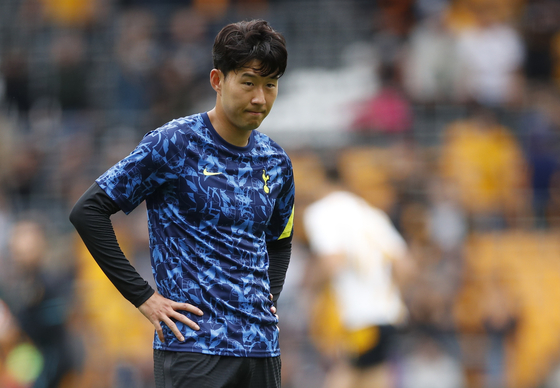 Tottenham Hotspur's Son Heung-min warms up before a match against Wolverhampton Wanderers on Sunday. [REUTERS/YONHAP]


Harry Kane confirmed Wednesday that he will be staying at Tottenham Hotspur for the foreseeable future, putting an end to months of uncertainty that has overshadowed the club and allowing him and Son Heung-min to continue their unofficial quest to become the highest scoring partnership the Premier League has ever seen.

But Kane's return is something of a double-edged sword for Son. While the England striker plays a crucial role at the core of the Tottenham lineup and is said to be a close friend of Son, his return does prevent the Korean star from taking over as the leader of Spurs' attack.

After months of uncertainty as Kane pushed to leave the club, the England striker announced that he would be staying.

"I will be staying at Tottenham this summer and will be 100% focused on helping the team achieve success," Kane tweeted Wednesday, using wording that doesn't preclude future attempts to leave the club, but suggests he will at least sit out the rest of the current transfer window.

Kane is under contract with Spurs until 2024, but made it clear at the start of the summer that he wanted to move to Manchester City, claiming that he had a gentleman's agreement with Tottenham boss Daniel Levy that he would release him. Levy refused to release Kane, and the resulting media storm, including Kane's absence from preseason training and the City game on Sunday, threatened to seriously damage the striker's image. 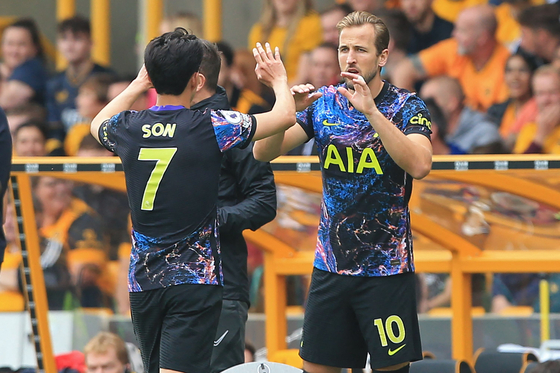 Tottenham Hotspur's Harry Kane comes on as a substitute for Son Heung-min during a match against Wolverhampton Wanderers on Sunday. [AFP/YONHAP]


Perhaps realizing he was in an unwinnable position, Kane appears to have backed down and accepted that, at least for the moment, he can do little to break his contract with Tottenham if the club isn't willing to let him go. The extended fallout has likely left Kane in a very precarious position with both the club and the fans, but for the meantime, he is set to return to his regular position at the center of the Tottenham attack.

For Son and the rest of the Spurs team, Kane's return is good news. After years of playing together he has a strong bond with the rest of the players and the offensive partnership he has with Son last season made them the highest scoring duo in a single Premier League season ever.

But there were already signs that the opportunity to step out of the England captain's shadow could prove an important turning point for Son's career. He scored three goals and set up four more in preseason friendlies, before adding the opening goal of the season last week.

Whether Son could have built on that momentum to take things further on his own is impossible to know, but the Korean striker could still benefit if new manager Nuno Espirito Santo decides to continue rotating him into the center of the attacking line, as he did when Kane was absent, rather than sticking him back on the wing for the rest of the season.