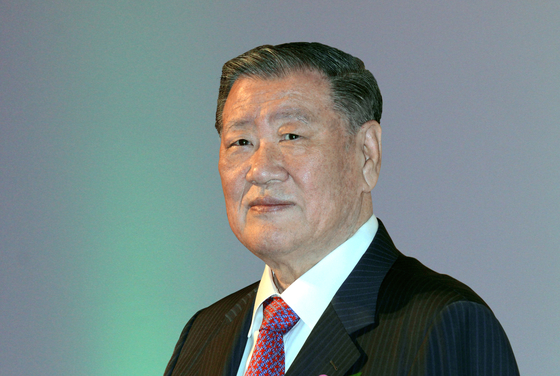 Hyundai Motor said Tuesday that Chung donated 10 billion won to Korea University Medical Center so it can establish and operate the center.

“I came to make a donation in establishing a vaccine center so that it can contribute in developing a domestically made vaccine in Korea,” said Chung through a statement on Tuesday. “I wish the vaccine center can be of help to overcome the infectious disease and recover health and happiness.”

The Korea University Medical Center will use the fund in developing homegrown vaccines and expanding R&D facilities, the automaker said.

The vaccine center will be part of Korea University Medical Center Mediscience Park, which is currently under construction at Korea University’s Jeongneung Campus in Seongbuk District in northern Seoul. The facility is where academia and the industry will come together to work on new vaccine treatments and medicines. 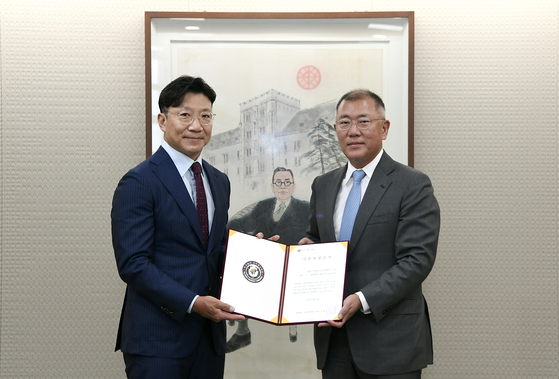 The new vaccine center named after Chung Mong-koo will enable testing out candidate substances for vaccines and medicines and their preclinical trials.

“Honorary Chairman Chung has always thought about how he can help the unprivileged people in Korea,” Hyundai Motor Group Chairman Euisun Chung said at a signing ceremony held Tuesday at Korea University.

“The latest donation is meaningful because Honorary Chairman Chung can be part of Korea taking a leadership in developing vaccines with the Korea University Medicine establishing a vaccine center with the fund.”

Contribution by Korea companies in fighting infectious diseases have increased lately amid the Covid-19 pandemic.

The family of late Samsung Group Chairman Lee Kun-hee announced early this year that it would donate 1 trillion won of Lee’s estate to the country’s medical infrastructure, such as building a hospital dedicated to treating infectious diseases.

In 2007, Chung had donated 850 billion won to establish a foundation that supports young medical professionals and underprivileged people and run cultural projects.