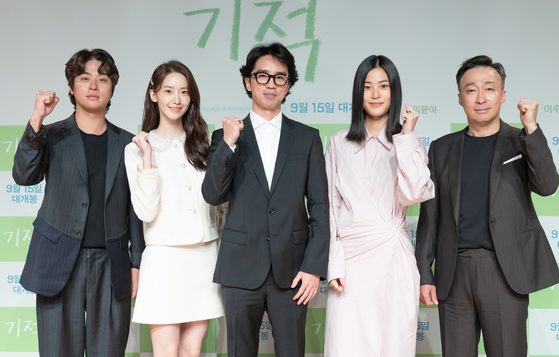 Director Lee Jang-hoon, center, and the actors playing the lead roles in the upcoming film "Miracle" pose for a photo after an online press conference on Wednesday. The film features actors Park Jeong-min, left, Yoona of Girls' Generation, second from left, Lee Soo-kyung, second from right, and Lee Sung-min, right. The film depicts the life story of the people living in a small village, where the only life goal for the villagers is to have a small train station built there. [LOTTE ENTERTAINMENT]