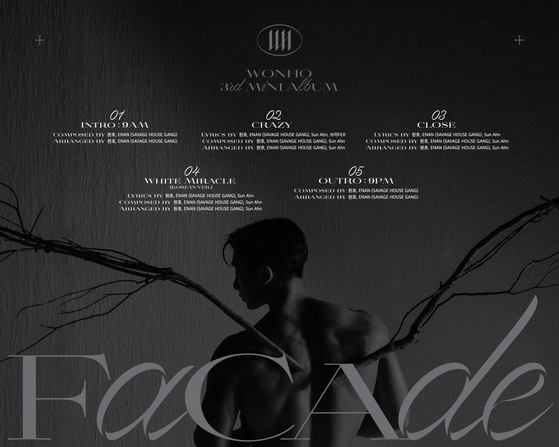 
Singer Wonho will return with a new EP “Façade” on June 13.

The EP comes shortly after Wonho’s previous release “Obsession,” which dropped in February. The singer saw successful chart performances around the globe with tracks “Eye On You” and “Somebody.”

A total of five tracks, including the lead track “Crazy” and “Close,” make up "Façade." The Korean version of “White Miracle,” which is the singer’s Japanese single released in December, will also be on the EP.

“Wonho participated in writing the lyrics and arranging the melodies for all of the tracks,” his agency Highline Entertainment said. “Listeners will be able to sense more maturity in his music with his distinctive musical colors.”