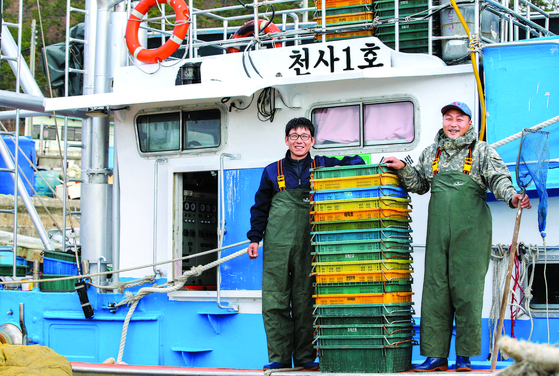 
As cities in Korea's countryside fear extinction due to rapidly aging populations, local governments are coming up with creative policies to attract new residents.

Mungyeong City in North Gyeongsang announced Monday that it will offer free rent on new modular houses to young and aspiring farmers.

According to Mungyeong official, it plans to build around 100 two-person modular homes and offer free rent for up to one year.

Modular homes are assembled from parts built at a factory. Their lightweight steel frames and easy assembly grants them advantages such as cheaper price and shorter construction time. They ones planned by Mungyeong are supposed to be sturdy and well-insulated.

The policy is meant to solve one of the most common problems faced by young farmers: housing.

Even consideration of relatively low real estate prices in the countryside, buying a house still costs at least 100 million to 200 million won.

Shinan County in South Jeolla has been trying to uses its booming solar farm business to attract new residents since April.

Shinan County get lots of sunshine, and the local government came up with a profit-sharing system between residents and developers of nearby solar farms.

According to the county office, households within 500 meters of a solar farm receive a 2.04 million won subsidy per person annually. Households located within 1 kilometer receive 1.36 million won, and houses further than 1 kilometer from the farms receive 680,000 won.

An average fishing vessel weighs about nine tons and costs 700 million to 1 billion won, even if it is a used boat.

In some rural counties, anxious residents have taken matters into their own hands to attract new neighbors.

Residents of Gohyeon village in Namhae County, South Gyeongsang were shocked when schools in the county started closing.

Neighborhoods were being hollowed out, with one out of 10 houses in the village vacant.

Fearing that their hometown may disappear altogether, residents formed a committee in July to put their heads together.

Since then, the committee carried out various projects and campaigns to spiff up the village for potential newcomers, such as renovation of 24 empty houses and free land leases for aspiring farmers and anyone who might be interested in returning to their hometown.

The efforts have proven effective. A total of 44 new students enrolled in the village’s two elementary schools as of March this year.

“After seeing the residents’ campaigns to attract people to the village, more aspiring farmers and members of the younger generation have shown interest in living in Gohyeon,” said Ko Eun-ju, Manager of the Youth Innovation Department of the Namhae County Office.

“They visit the village in person and like what they see, especially the committee’s programs to help newcomers settle.”