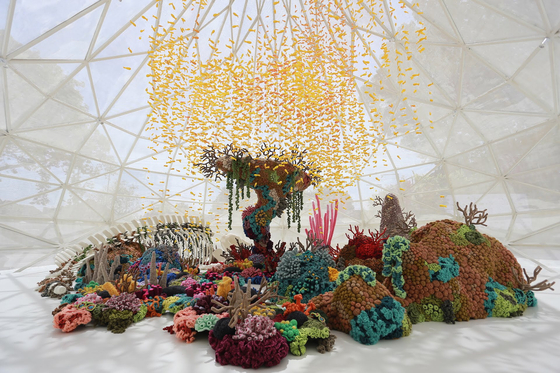 Mulyana’s “Sea Remembers” raises awareness about protecting the environment and hopes for living creatures of the earth to co-exist harmoniously. [CHEONGJU CRAFT BIENNALE]


CHEONGJU, North Chungcheong — In the pandemic era, rather than retreat into obscurity, modern craft has been reimagined, formulating a new sense of purpose and meaning by reminiscing on its past.

The Cheongju Craft Biennale 2021, hosted by the city of Cheongju, kicked off on Sept. 8 and will run until Oct. 17 at the cigarette factory-turned-cultural complex Cheongju Culture Factory, as well as online.

This year's theme is "Tools for Conviviality." The exhibition aims to talk about the role of contemporary crafts and their sustainability in the drastically changing world amid the pandemic. The theme’s name was inspired by the Austrian philosopher Ivan Illich’s book written in 1973 with the same title, where Illich asked the question how will the world not only simply coexist, but also how will it live harmoniously together.

The biennale is divided into four parts — "Labor: An Archaeology of Objects," "Life: The Aesthetics of Everyday Life," "Language: The Distribution of the Sensible" and "Archive: Retooling."

In a press conference on Tuesday, the day before the opening, artistic director Rheem Mi-sun stressed that this year’s biennale was important for two things: everyday life and the environment.

One hundred artists from 24 countries including Korea, France, the Netherlands, Taiwan, Denmark, China and Hungary are presenting about 600 works of art at the biennale, made from materials ranging from metal, pottery, glass, fiber and wood. 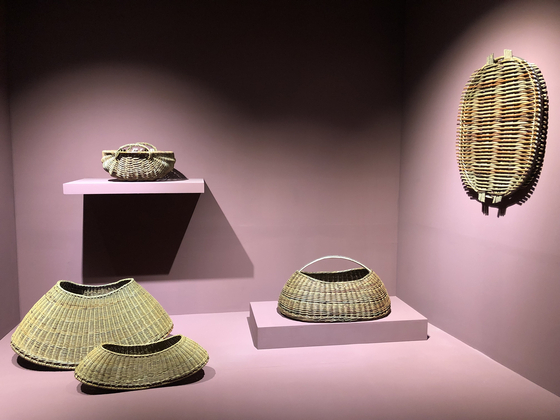 Annemarie O’Sullivan weaves baskets with willow she grew herself to represent the essence of labor. [SHIN MIN-HEE]


In the first section, “Labor” portrays artists’ respect toward crafts that require in-depth expertise and skills, and how this attitude is also based on humans’ respect for each other.

One notable artist in this section is Irish basketmaker Annemarie O’Sullivan, who shows her handwoven baskets made from twenty types of willow that she grew herself. A video of her working on her willow baskets is playing at the exhibit, evoking the essence of her labor. 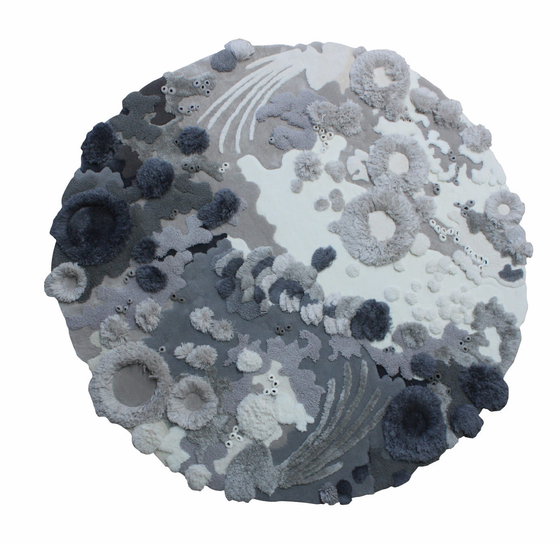 
Moving on to the next zone, “Life” explores tools that have been used for human survival, like food, clothing and shelter, as well as their cultural values. It also attempts to criticize the ongoing ecological problems, such as overproduction and waste, by dedicating a subsection to upcycled craftwork. Upcycling is a portmanteau of “upgrade” and “recycling,” which sees useless materials or waste transformed while also retaining elements of its original form.

Portuguese textile artist Vanessa Barragao used old fiber waste from textile factories and with different kinds of weaving techniques and turned them into brand-new carpets to illustrate natural scenery. For instance, “Full Moon” is a rug that embodies the moon’s surface. The texture of the rug is created by different densities and lengths of fiber. 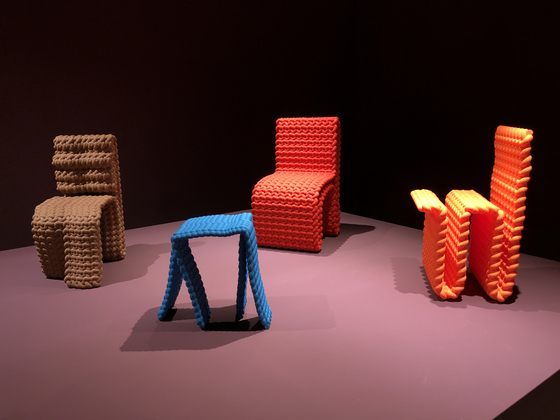 “This piece is special as citizens of the community, like middle-aged women and university students in Cheongju, came together to help crochet the 10 thousand goldfish [hanging from the ceiling],” said the docent. “Mulyana’s crochet works encouraged cooperation among the community, hoping to bring the living creatures on earth together.”

Finally, “Archive” dives into the history of tools and how they have changed over the last century. Each craft piece is presented as an archive on a digital display. The section also represents the transition of analog to digital technology. 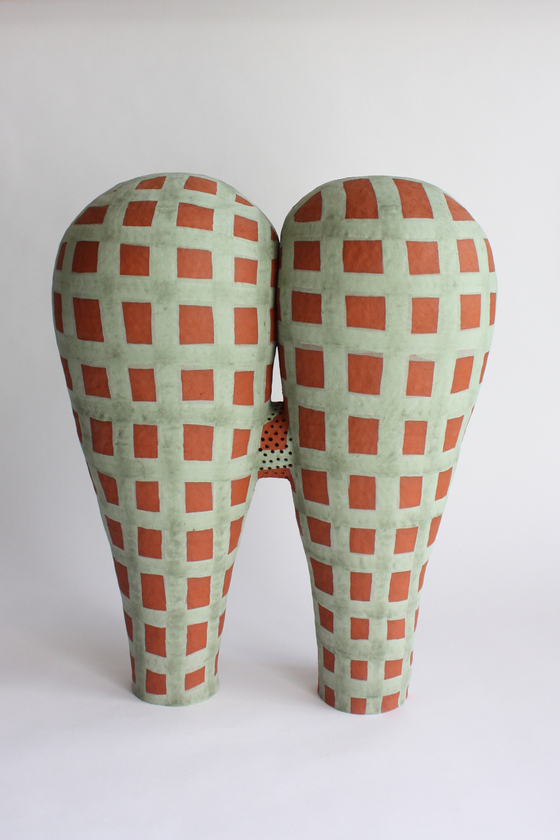 
“Invited Country Pavilion” is a special exhibition hall filled with over 150 artworks from 35 French artists of the Atelier d’Arts de France, a French craft organization that represents more than 6,000 craftsmen. This separate exhibit explores French crafts under the theme “Objet-Tableau; Matières de France.”

The French crafts on display here are understated and there's a reason for that, said the curator. They are petite and dainty as the French have recently become interested in Eastern culture and the artists tried to depict such characteristics in their works. French sculptor Daphné Corregan expressed the human body and emotions in her red-and-green striped ceramic piece, “Breathing.” 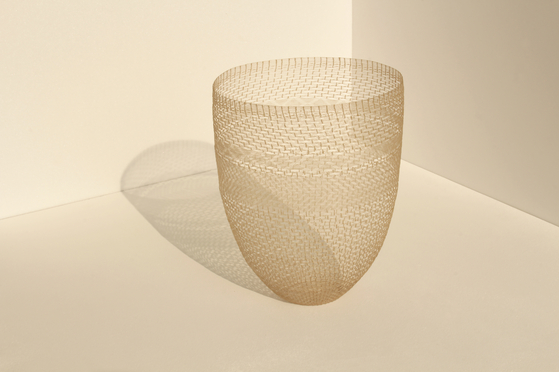 “A single strand of horsehair may seem feeble, but if you braid them together the horsehairs become solid and sturdy,” Jeong explained to reporters on the same day of the press conference. “I’ve always thought comb-patterned pottery has a tough and tenacious vibe, so I decided to make a piece out of braided horsehairs. It took perseverance over the course of many days to complete it, so I also wanted to draw the analogy that tenacity comes from diligence.”

For those who are unable to visit the biennale in person, an online exhibition is available on https://www.2021craftbiennale.kr/en/intro/greeting.php. The biennale is open every day from 10 a.m. to 7 p.m. Tickets range from 6,000 won ($5.20) to 12,000 won. For more information about the biennale, visit the English page of the event's website (https://www.okcj.org/).