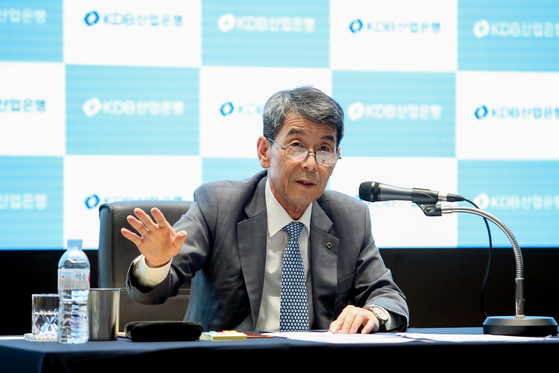 
The head of the Korea Development Bank (KDB) openly criticized the country's antitrust agency for its lack of support for the ongoing mergers of major Korean companies, such as the merger of Korean Air and Asiana Airlines.

"I'm hoping the country's competition authorities more actively support local mergers," Lee said during an online press briefing held Monday to mark his fourth anniversary as chairman of the state-run bank. "The merger of Korean Air and Asiana Airlines is crucial for Korea's airline industry to survive global competition. I would like to openly appeal to the authorities to positively review their mergers."

The country's two largest airlines applied for permission to merge to nine different antitrust agencies including Korea's Fair Trade Commission (FTC) in January, however the country's regulator has put off its decision until now.

"If an antitrust regulator of the European Union tries to regulate Big Tech like Amazon, Google and Facebook, U.S. authorities would step in to protect the companies, but I am quite disappointed in local authorities as it seems like they are stepping aside to wait and see how other authorities make their decisions," Lee said. "I hope our regulators could be more cooperative [...] as it involves a total restructuring of one industry."

While the shipbuilders applied for a review of their merger from the FTC in July 2019, the commission has not yet okayed the deal.

The commission is thought to be waiting for approval from the EU agency, considered an important signal for other antitrust regulators to give a green light for the deal. Lee said Hyundai Heavy is actively communicating with the EU's competition authorities, though it is currently hard to project when a final decision will be made.

"Considering it is a merger between the world's top two shipbuilders, it is taking longer than expected," Lee said. "A major issue is with their [dominance] in the liquefied natural gas ship market."

Lee said that if the merger between the two shipbuilders fails, the survival of DSME is hard to guarantee at this point and asked the company's labor unions that have protested the deal to "stop hindering the merger process unless they have confidence they can make DSME survive without any financial support from the government."