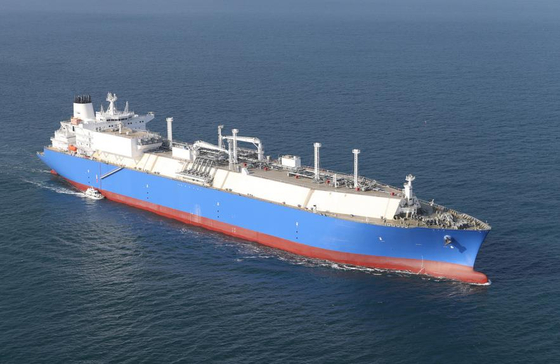 The company submitted a withdrawal letter on Jan, 14 to the Fair Trade Commission, the regulator said, formally ending the takeover bid.

"Due to the European Commission's veto, the company can't continue with the planned merger," according to an FTC statement. "KSOE submitted documents to withdraw the merger, and we will stop reviewing the acquisition as soon as we confirm the contract has been terminated."

The proposed acquisition was rejected by the European Commission on Jan. 13, citing a possible dominant position for HHI Holdings in the liquefied natural gas (LNG) carrier market.

The commission estimated the combined market share of HHI Holdings and DSME in LNG carriers to be about 70 percent.

Following the decision, KSOE announced that it will "consider all options it can, including an appeal," but the company has halted its plans.

"Since 2014, when the shipbuilding industry wasn't in good shape, companies suffered from low contract prices coming from excessive competition," said a spokesperson from a shipbuilding company. "The three big shipbuilders and the government decided that the current 'Big 3' format isn't good for creating competitiveness for the industry, and having two big players would be better."

Korea as a country often bags the most orders, but individual companies faced harsh competition due to businesses centered around LNG carriers and having similar technologies. The merger was expected to ease a three-way rivalry between HHI Holdings, DSME and Samsung Heavy Industries.

Although the merger was put to an end, DSME will do well in the short term due to shipbuilding orders it received during the pandemic.

"We are continuing to get orders, and it is not likely for us to undergo a liquidity crisis within the next year or two," said a spokesperson for DSME.

The company had a debt ratio of 297.3 percent as of the third quarter last year.

The Ministry of Trade, Industry and Energy released a statement Jan. 14 saying that it is disappointed about the decision, but will continue to look for a new owner for DSME.

"Considering China, Singapore, Kazakhstan approved the acquisition, we are disappointed about the European Commission's decision to veto it," the statement read.

Creditors have extended DSME guarantees and other financial support until the end of 2022, which the ministry says will help the company continue to receive and complete shipbuilding orders.

"The government continues to see that a private company owner is needed to fundamentally normalize DSME," the statement said. "With Korea Development Bank, we will map out plans to enhance competitiveness of DSME as soon as possible."