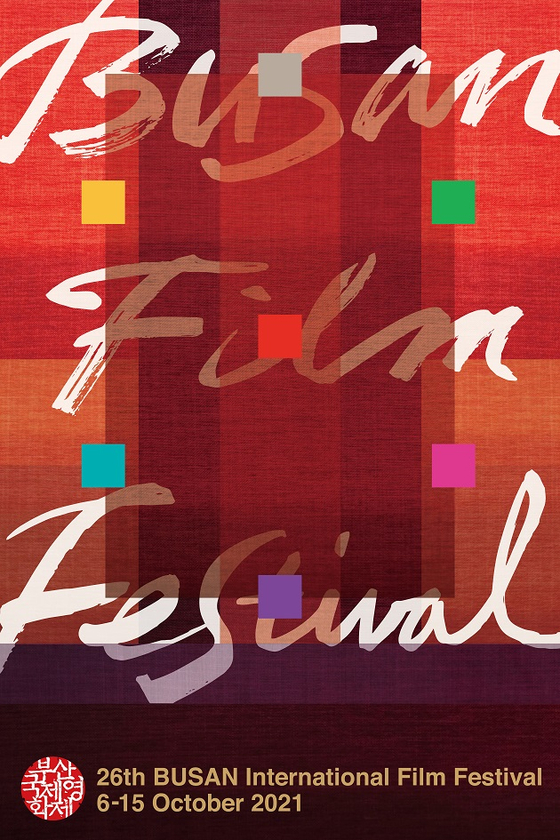 The poster for the 26th Busan International Film Festival [BIFF]


The 26th Busan International Film Festival (BIFF) will focus on offline screenings and programs despite the prolonged Covid-19 pandemic, placing importance on the primary theme of the film festival, which is to mingle and interact with fellow movie lovers.

A total of 223 films from 70 countries were invited to screen at this year’s event at 29 screens in 6 theaters.

“To promptly keep up with the rapidly changing sociocultural trends, there are three special sections prepared for this year,” festival director Huh Moon-young said at an online press event Wednesday. “It has already been preannounced to the press, but an ‘On Screen’ section has been established, in which this year we invited three series from streaming platforms to be partially screened in theaters for premiere. The decision to establish this section is our realization of the future of the ever-expanding film industry in which the barrier between films and drama series are toppling.”

The three series invited for On Screen section are: Netflix series “Hellbound” and “My Name” by directors Yeon Sang-ho and Kim Jin-min, and HBO Asia’s “Forbidden,” co-directed by Anucha Boonyawatana and Josh Kim.

“The two special programs which we’ve prepared this year are ‘Wonder Women’s Movies,' which introduces some of the best Asian films by female directors, and ‘New Voices, Chinese Films,’ which presents eclectic works of Chinese directors.”

Director Im Sang-soo’s “Heaven: To the Land of Happiness” has been selected as the opening film. The film questions the true meaning of happiness through the travels of two men — escaped convict No. 203 (played by actor Choi Min-sik) and his travel buddy Nam-sik (played by actor Park Hae-il), who is sick with a rare and incurable disease.

Director Lok Man Leung’s “Anita” will close the festival. “Anita” is a biopic on the legendary Hong Kong singer and actor Anita Mui. The film sheds light on the shadows behind the splendor of her success. Model-turned-actor Danni Wang depicts the late celebrity.

Unlike other international film festivals held in Korea, BIFF has not formed any partnerships with local streaming platforms such as Wavve to allow audiences to partially stream the invited films during the festival period. All of the invited 223 films will be screened at local theaters. However, only 50 percent of the seats per theater will be filled in line with the governmental social distancing measures.

Panel discussions, and the opening and closing ceremonies are also scheduled to be held offline in adherence to social distancing measures.

“BIFF places importance on theater screenings much more compared to other international festivals,” Huh said. “It’s a film festival centered on people gathering, sharing and interacting about films. We are not dismissing the importance of streaming platforms, but rather emphasizing the aspect of festivity for our event.”