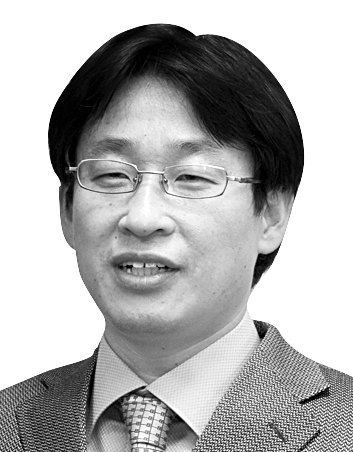 
A flood of policies and laws enacted by the liberal Moon Jae-in administration seem to defy the limits of a state.

Article 119 of our Constitution contains clauses on the basic order of the economy. Clause One stipulates, “The economic order of the Republic of Korea shall be based on a respect for the freedom and creative initiative of enterprises and individuals in economic affairs. Meanwhile, Clause Two states, “The State may regulate and coordinate economic affairs in order to maintain the balanced growth and stability of the national economy, to ensure roper distribution of income, to prevent the domination of the market and the abuse of economic power and to democratize the economy through harmony among the economic agents.”

If Clause One upholds the principle of market economy based on free competition, Clause Two deals with the role of a state (government) to address market failures. The second clause was designed by Kim Chong-in — former head of the emergency committee of the opposition People Power Party (PPP) — during the Constitutional amendment in 1987. Despite controversy over the interpretation of Clause Two — say, whether it is about “economic democratization” or “democratization of the economic management by the government” — the clause clearly mentions the need for government intervention under three conditions: for economic growth and income redistribution; prevention of market domination and its abuse of power; and economic democratization.

I was reminded of the two Constitutional clauses because of an alarming outpouring of economic policies centered on regulation. I cannot dispel the belief that the government wields its authorized power over the top to regulate and adjust market activities. It looks as if only Clause Two existed in the Constitution. Let’s take a look at the government’s real estate policy. After real estate prices soared, the government tried hard to control the market with a whopping 26 rounds of intensive regulation. And yet apartment prices skyrocketed together with long-term deposits, jeonse, for rent. As a result, residential quality of ordinary citizens is getting worse than ever. After the government was strongly criticized for its backfiring regulation-based approach, it has hurriedly turned to a supply-focused approach. But people who desperately need their own home have no other choice but to must wait for a long time until their apartments are built.

Our real estate market went through a painful process: If housing prices went up, the government regulated the market, which caused jeonse and housing prices to soar. The government then imposed a stronger regulation on the market, which led to another hike in home prices. After the people’s household debt has exceeded 1,000 trillion won ($855 billion), the government reinforced regulations on mortgage loans. After the measure did not work, the government made it harder for people to get loans for jeonse and even lowered the upper limit of overdraft accounts to 50 million won from 100 million won. Due to the balloon effect, a vicious cycle of a problem followed by another problem was repeated. Yet the government doesn’t listen to people’s desire for more loans to cover their higher rents.

The sprawling intervention of the government naturally leads to more spending. The 400.5-trillion-won budget for 2017 increased 50 percent over the past five years. The so-called “crowd-out effect” — for which the private sector investment decreases as a result of an increase in government spending — is displayed everywhere. While the amount of construction projects commissioned by the government last year rose by 5.1 percent to 80 trillion won over the previous year, the amount by the private sector dropped by 1.9 percent to 184 trillion won.

What attracts our attention is the “platform businesses bashing” by the government and ruling Democratic Party (DP). People ridicule it as a move to get more votes ahead of the next presidential election to win favor of the public who are already tired of the government’s “chaebol bashing.” The government took the action after keeping silent about financial institutions’ persistent criticism of the government’s permission to allow platform-based firms to expand their business territory. In fact, the Fair Trade Commission endorsed 44 cases of mergers for Kakao and 32 cases of mergers for Naver from 2017 through the first half of the year.

A government cannot earn public trust if it just concocts a different policy to cover up its policy mistakes. Just as the market is not almighty, a government is not. Nonetheless, the Moon administration wants to wield its authority to regulate and adjust market activities, as guaranteed in our Constitution, without any limits. If people turn their backs on the policy, the government can never succeed. Article One, Clause Two of the Constitution says, “The sovereignty of the Republic of Korea shall be reside in the people and all state authority shall emanate from the people.” I hope our policymakers read it before it’s too late.

Spy chiefs under a microscope