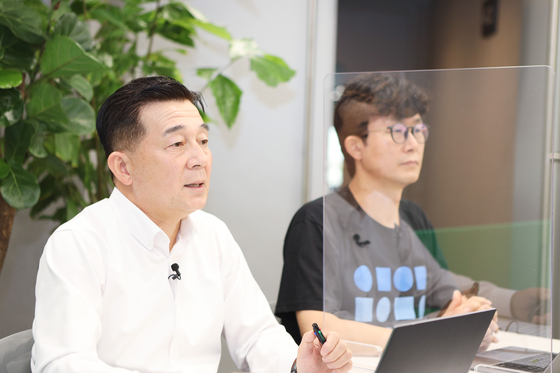 
Naver announced plans Thursday to make significant investment in cloud computing through 2023 in a bid to up its overseas market share in an area dominated by Amazon and Microsoft.

The tech company will invest 80 percent of annual sales from Naver Cloud, an affiliate responsible for the cloud business, into personnel recruitment and research and development in advanced cloud technologies.

Given that Naver Cloud reported 273.7 billion won ($233.5 million) in sales last year, the annual investment is estimated at around 219 billion won.
The amount could grow since Naver’s cloud business is growing at a steep pace.
Naver expects revenues for the cloud affiliate to reach 400 billion won this year as the business continue to benefit from pandemic-induced demand.

With remote working and learning, demand for cloud services is sharply rising. The technology allows the delivery of on-demand computing services over the internet without additional costs to build and maintain data centers.

Naver's initial target will be the Asia-Pacific region, especially southeast Asian countries, while it solidifies its position as the second largest cloud provider in Korea after Amazon’s AWS.

“We aim to cement our position as the second largest at home while we pursue the No. 3 position in the Asia-Pacific region,” said Kim Tae-chang, an executive director at Naver Cloud. Amazon claims the top spot, followed by Microsoft.
“A special focus will be placed on southeast Asian countries, as we’ve already discussed a wide range of cooperation with local fintech start-ups there,” Kim said.

To compete with the tech giants, Naver Cloud will focus on incorporating technologies like AI, mobile edge computing and homographic encryption into cloud services.

Being large, or hyperscale, means that the AI model has more parameters and a better capacity to efficiently process data. Unlike other AI models, it will have a more accurate text analysis algorithm and provide speech-to-text and text-to-speech responses that are almost human-like.

Naver started its cloud business in 2017, making it a latecomer to the business.

The company highlighted the speed at which it has expanded the business in Korea since its inception.

Naver Cloud has 50,000 corporate clients, and 55 percent of Korea’s 100 largest companies use its cloud service, according to the company.