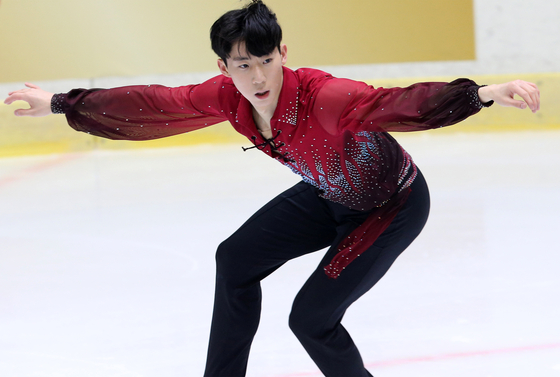 Lee finished fifth at the ISU Nebelhorn Trophy with 79.95 points in the 2-minutes-and-40-seconds short program and 149.95 points in the 4 minute free skating segment, totaling 229.14 points. Vincent Zhou of the United States topped the board with 284.23 points. As the event serves as a qualifier for the upcoming winter Olympics, the top seven athletes secured their spot at the Olympics.

Cha, who will be joining Lee at the Games, ranked 10th at the ISU World Championships held in Stockholm, Sweden, in March to earn his berth.

In the women's event, Lee Hae-in and Kim Ye-rim each finished 10th and 11th to secure their berths at the same event in March.

As Olympic berths are allocated to the country and not the individual athlete, skaters will need to compete in the domestic qualifiers to make it on to the big stage.