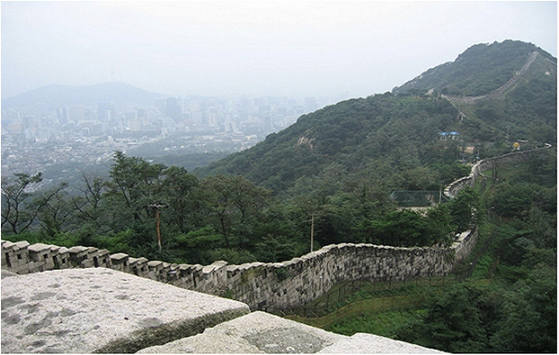 The northern side of the Seoul Fortress, which has been off-limits for the past 52 years, reopens on Nov. 1. [CULTURAL HERITAGE ADMINISTRATION]


On Nov. 1, the northern side of Seoul Fortress, also known as Hanyang Fortress on Mount Bukak, which has been off-limits for 52 years for security reasons, will reopen. The trail will open at 9 a.m., welcoming trekkers to walk along the new course that stretches 1.8 kilometers (1.12 miles).

The area was designated as a no-entry zone after 31 North Korean commandos snuck onto the mountain in an apparent attempt to attack the Blue House and assassinate then-President Park Chung Hee on Jan. 21, 1968.

According to the Cultural Heritage Administration, the government plans to open the southern side of the fortress by the first half of 2022. The trail can be accessed from 9 a.m. to 5 p.m. during winter (November to February), from 9 a.m. until 6 p.m., during spring (March and April) and fall (September and October) and from 7 a.m. to 7 p.m. during summer (May to August).